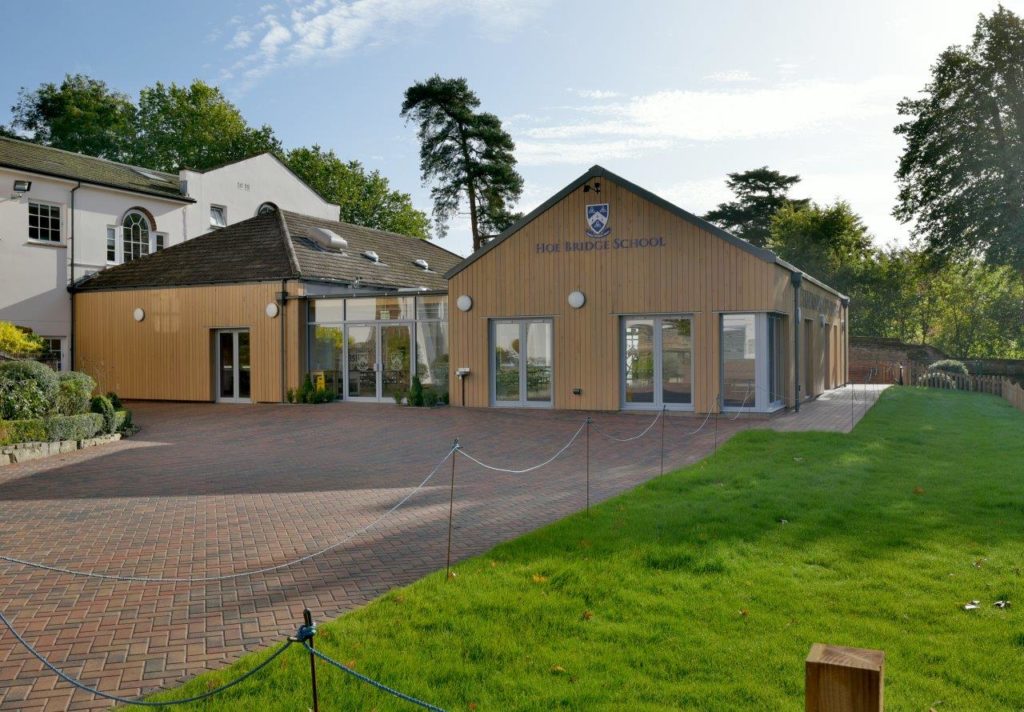 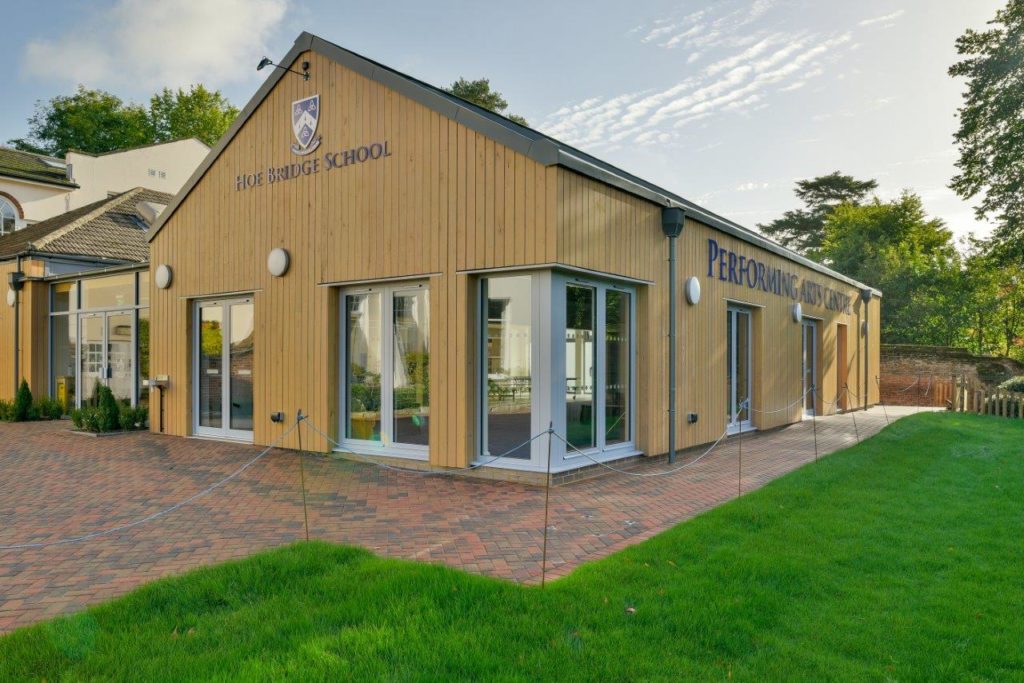 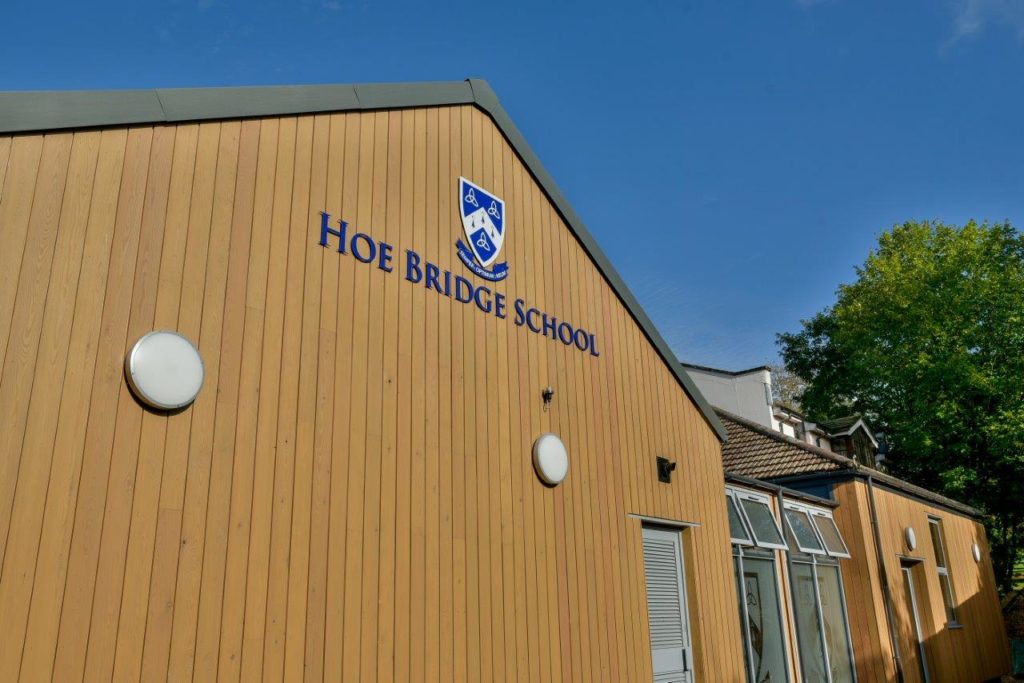 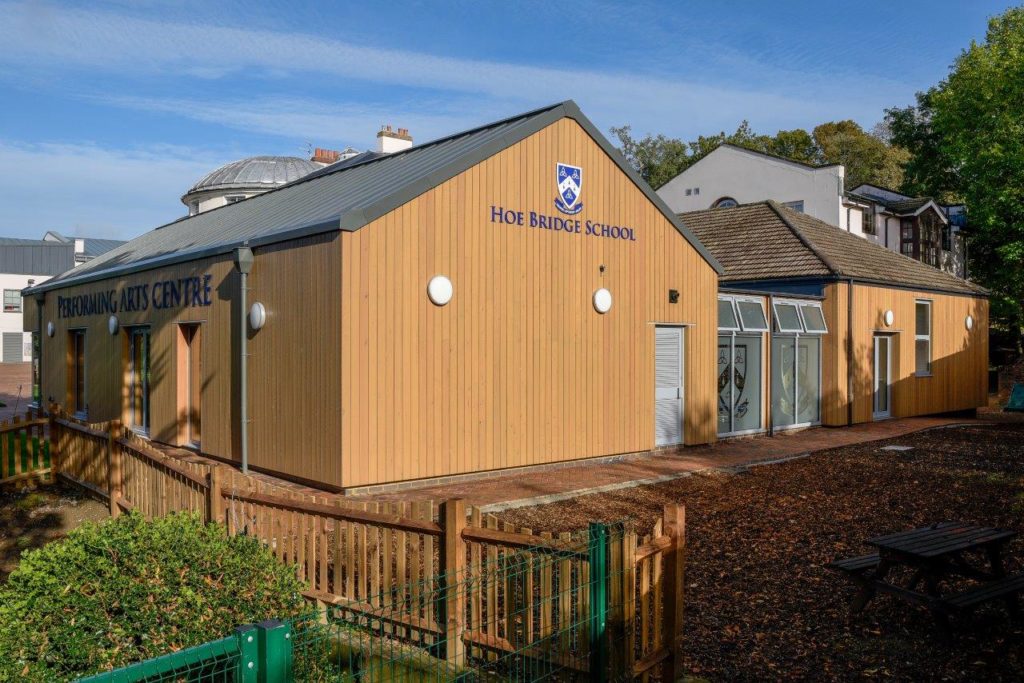 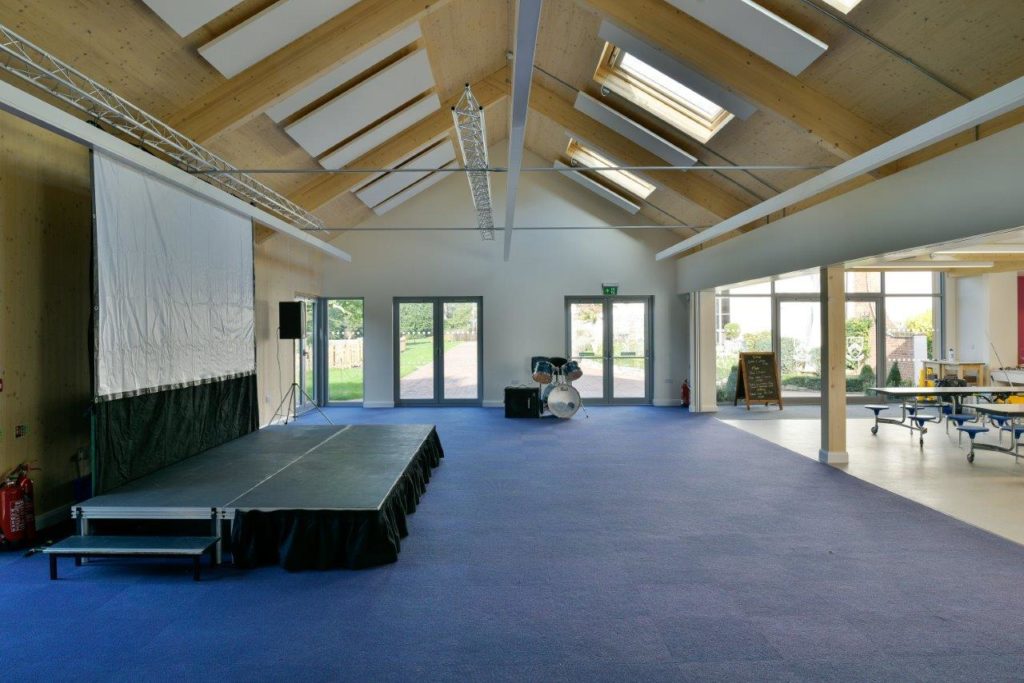 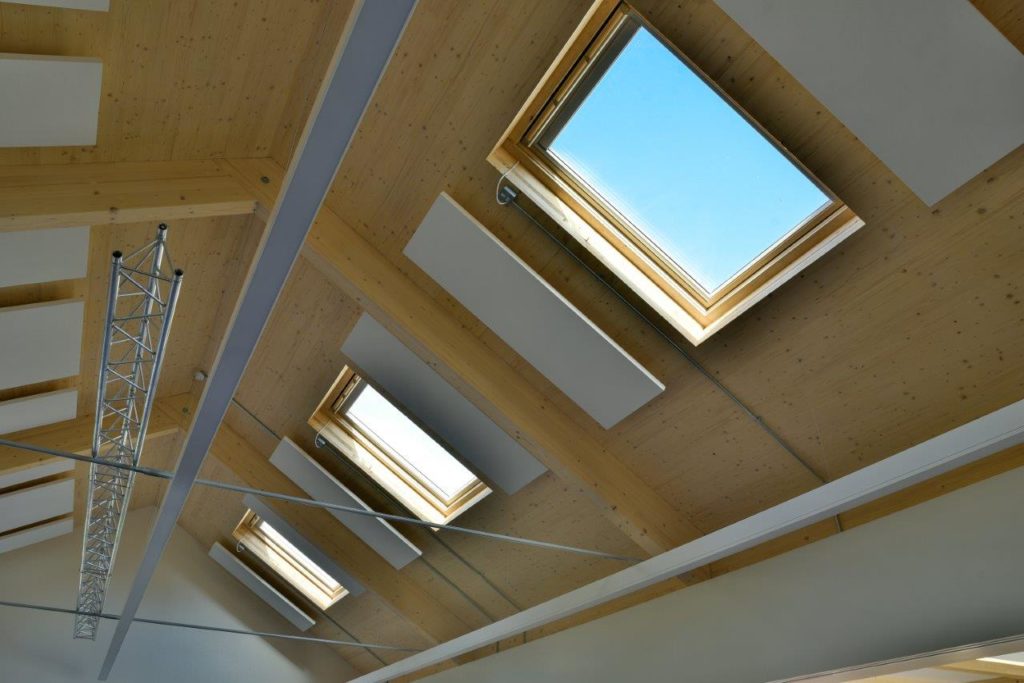 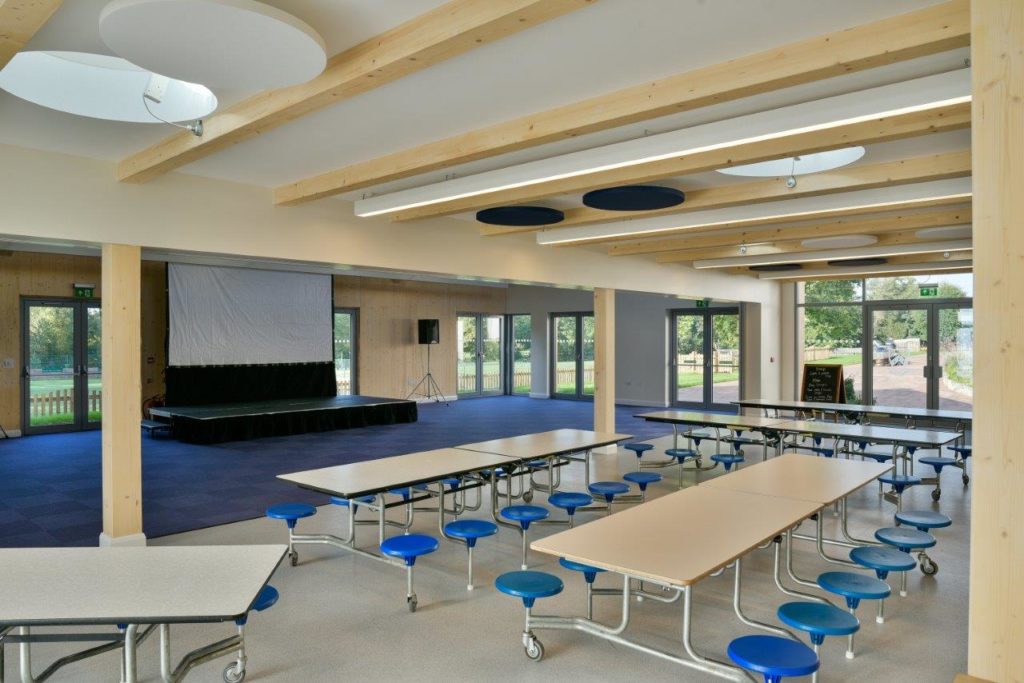 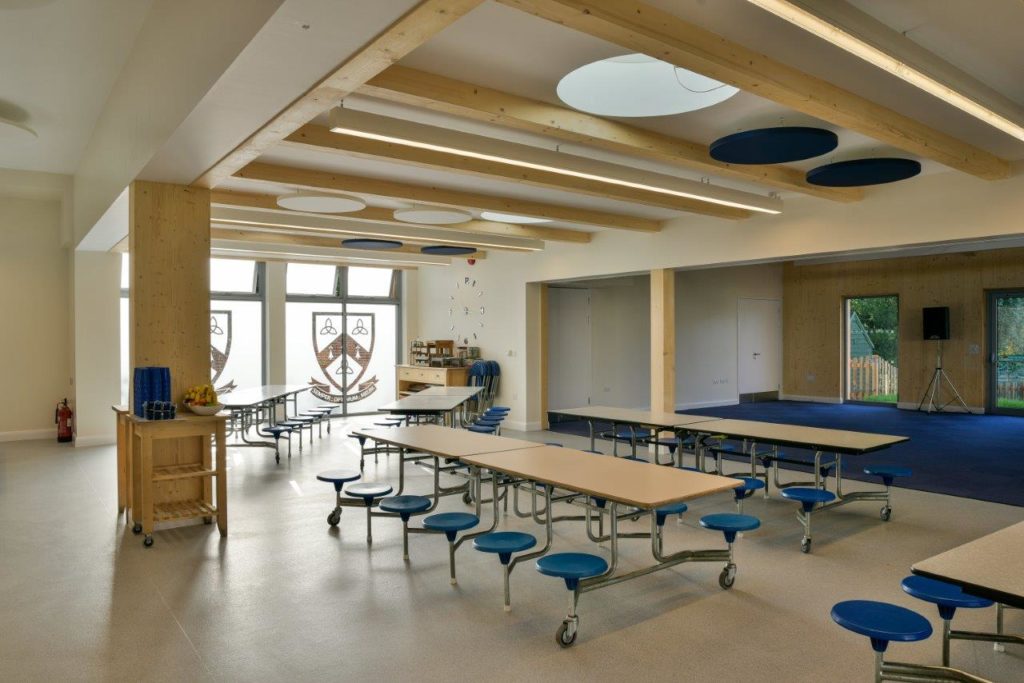 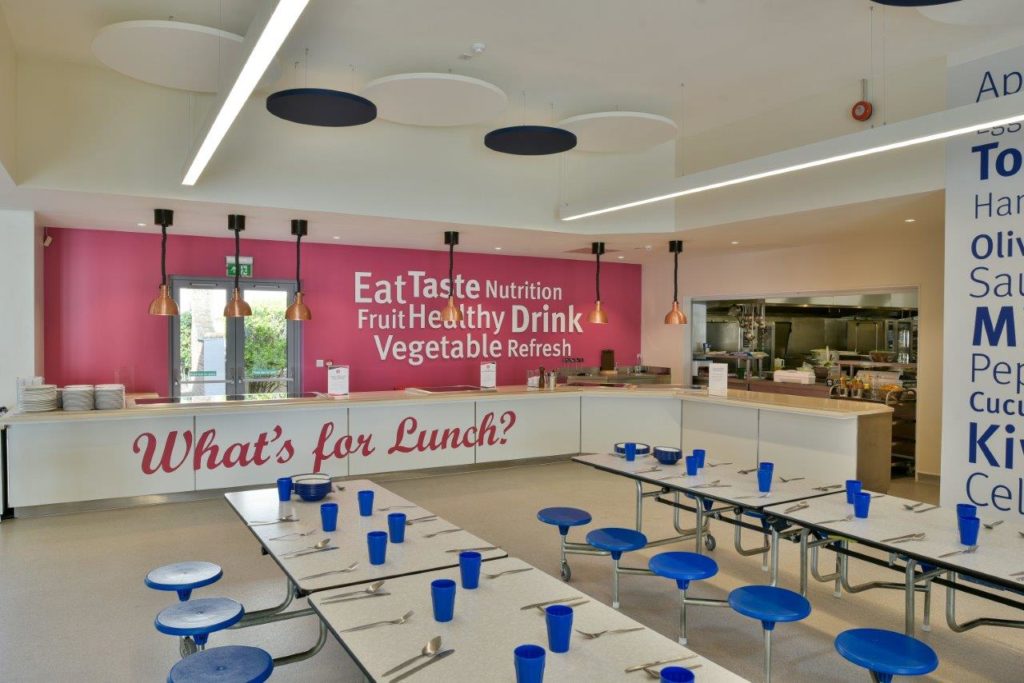 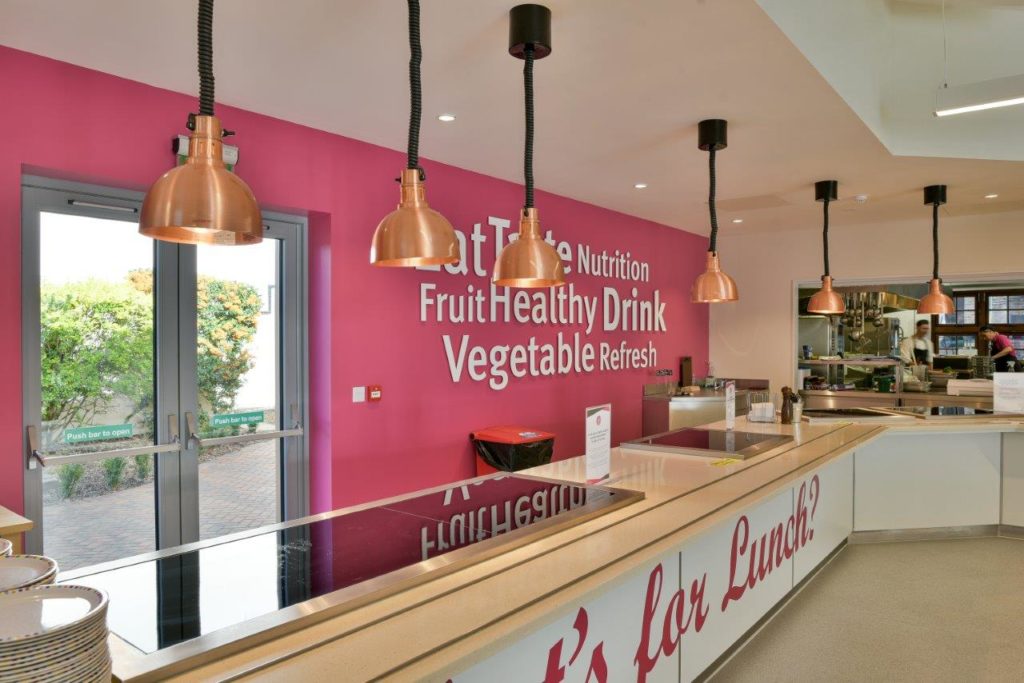 The project involved the refurbishment and extension of the existing kitchen and dining hall which lies adjacent to the grade II* listed 17th century mansion, Hoe Place. The project comprised a new cross laminated timber space with a glazed link back to the original hall to form a large open space which can be subdivided with the use of a sliding stacking partition.

The reconfigured kitchen spaces and layout allowed the school to move to a more efficient ‘servery’ style system. The new pitched roof building gives a fantastic new performing art centre facility as well as the possibility for use for other school functions.

A successful relationship between the main contractor, M&E, structural engineer, CLT engineer and client team allowed a short construction period and ensured the completion ready for the September school term.