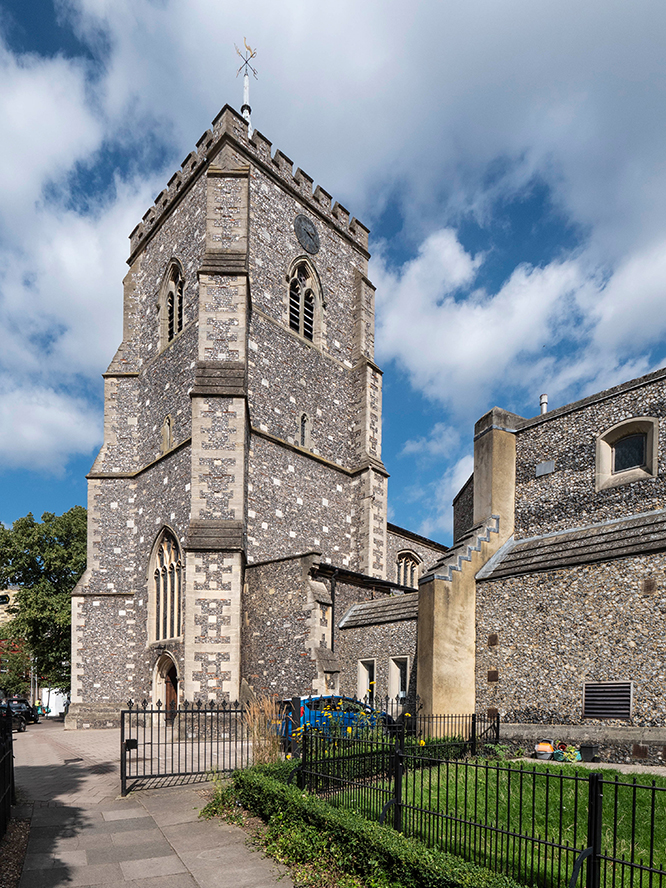 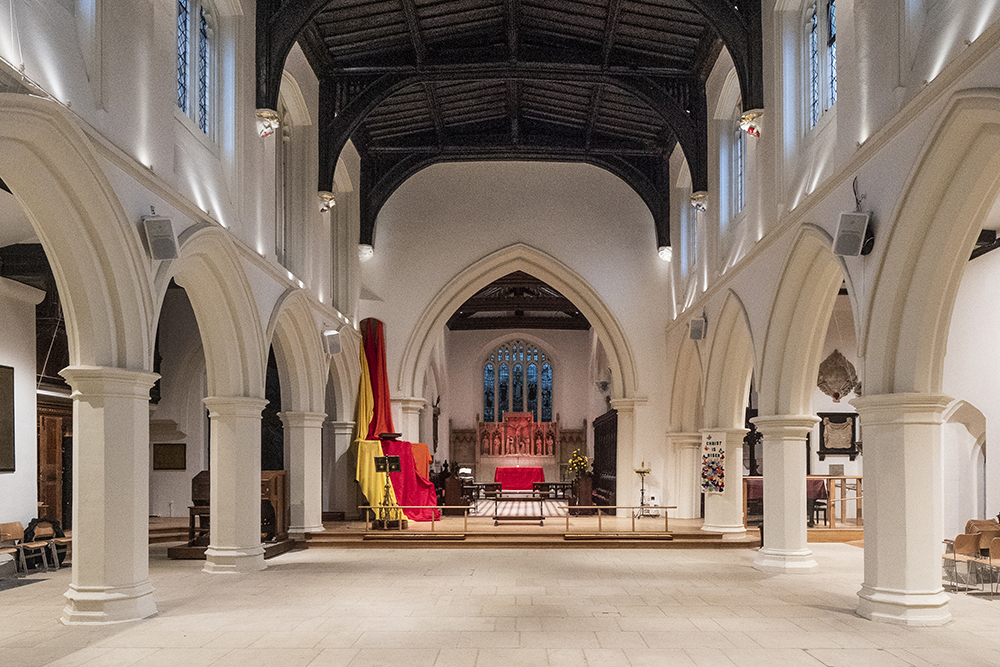 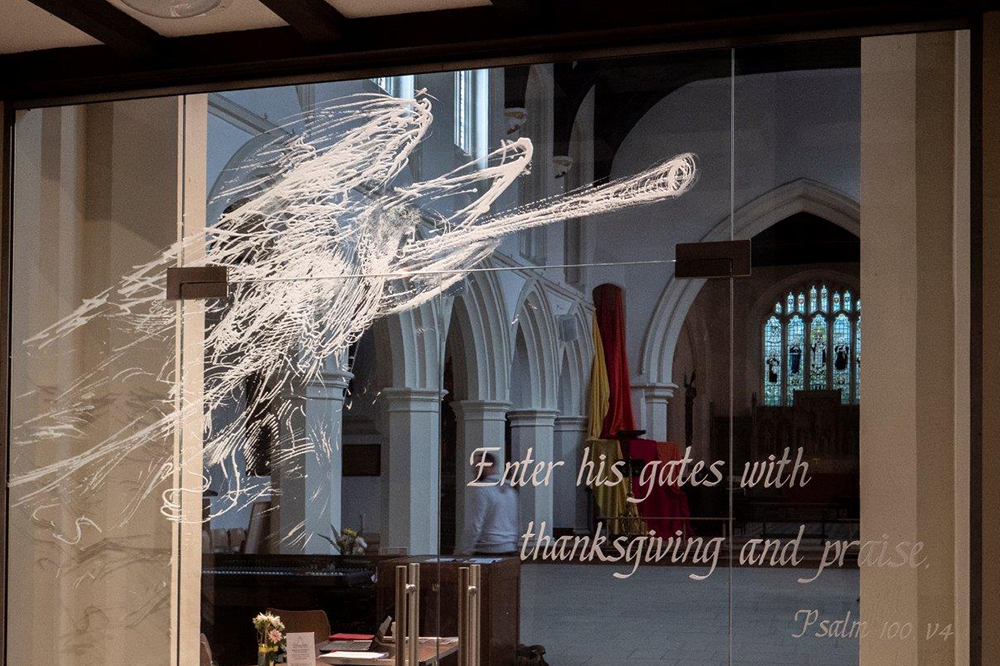 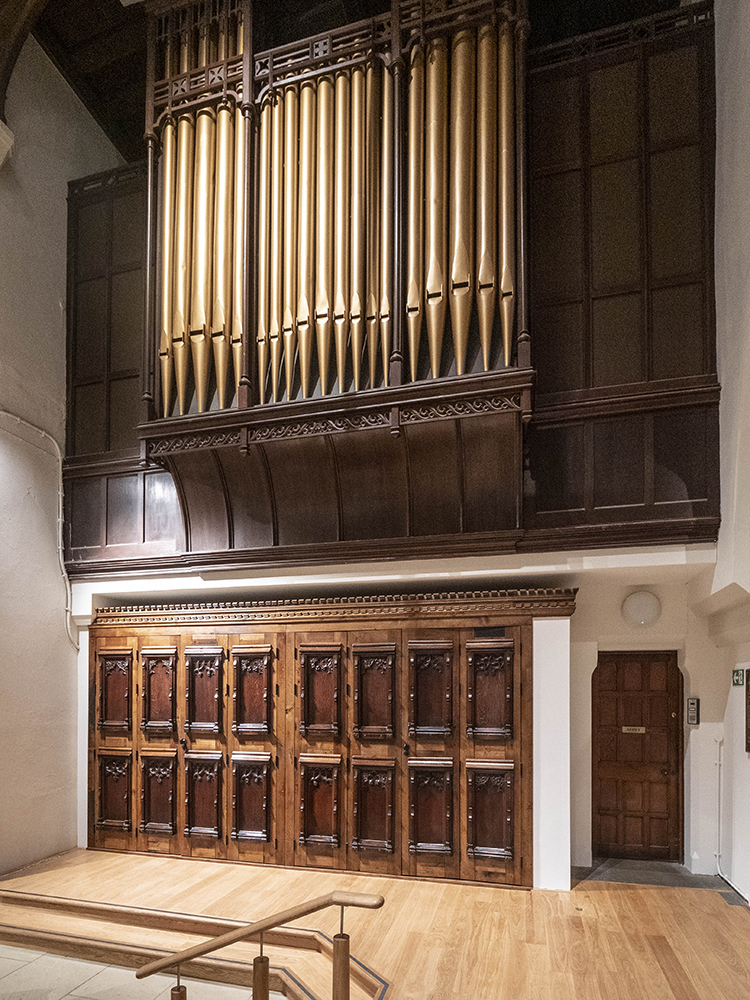 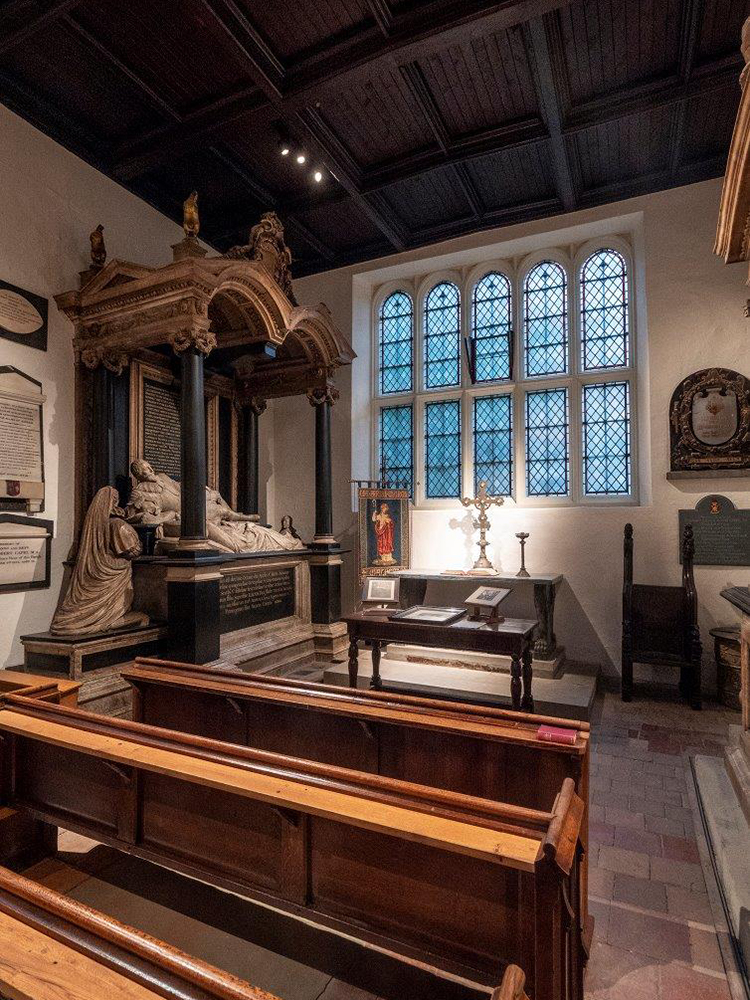 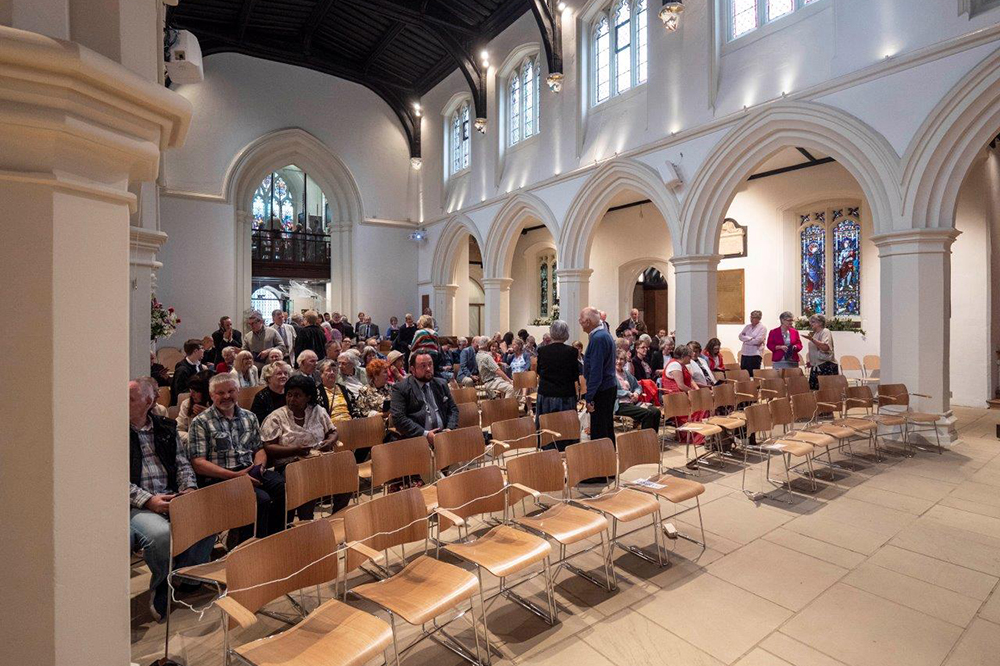 St Mary’s church has dominated the centre of Watford since the 12th Century, though the current church dates from the 15th century. The church is Grade I listed. MEB Design’s involvement dates from 2006, and encompasses the removal of the pews, in order to form a church that offers contemporary levels of comfort and flexibility, appropriate to modern expectations and contributing to the creation of a new community facility in the town centre.

Renewal of lighting and redecoration have transformed the appearance of the church interior. Underfloor heating has been incorporated into the new floor, despite the presence of 13 vaults (most of which were not previously recorded). Some of the old pews have been retained, with reclaimed pew ends and frontals being incorporated into the creation of new fixtures and fittings.