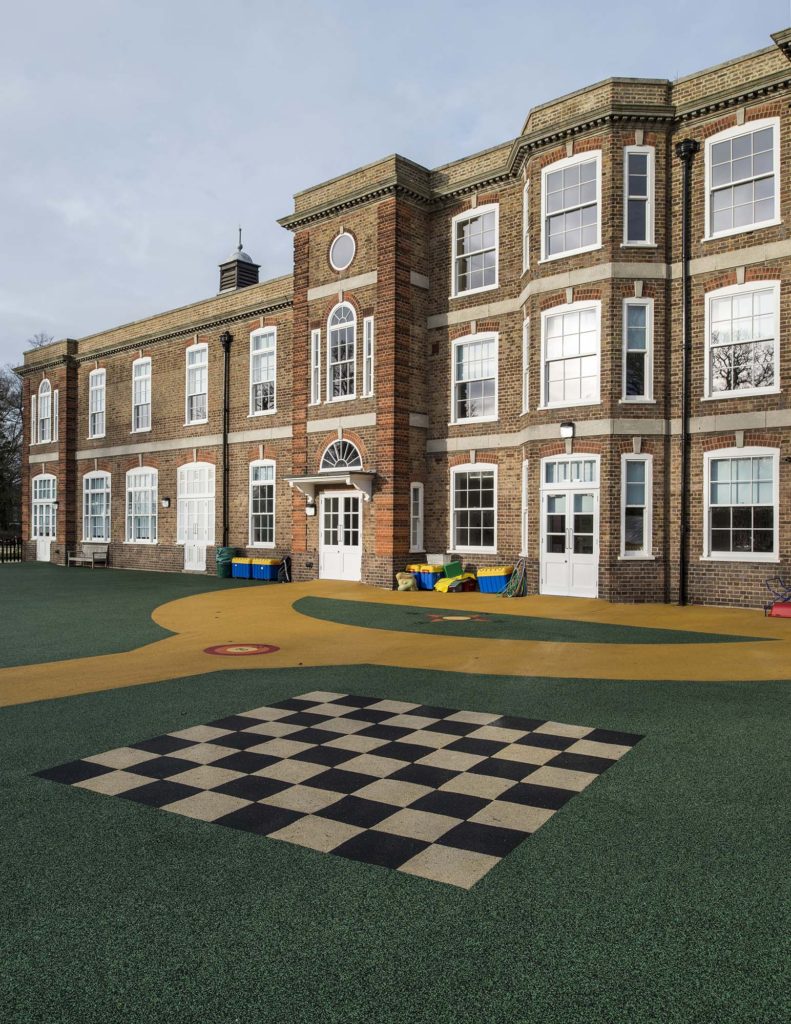 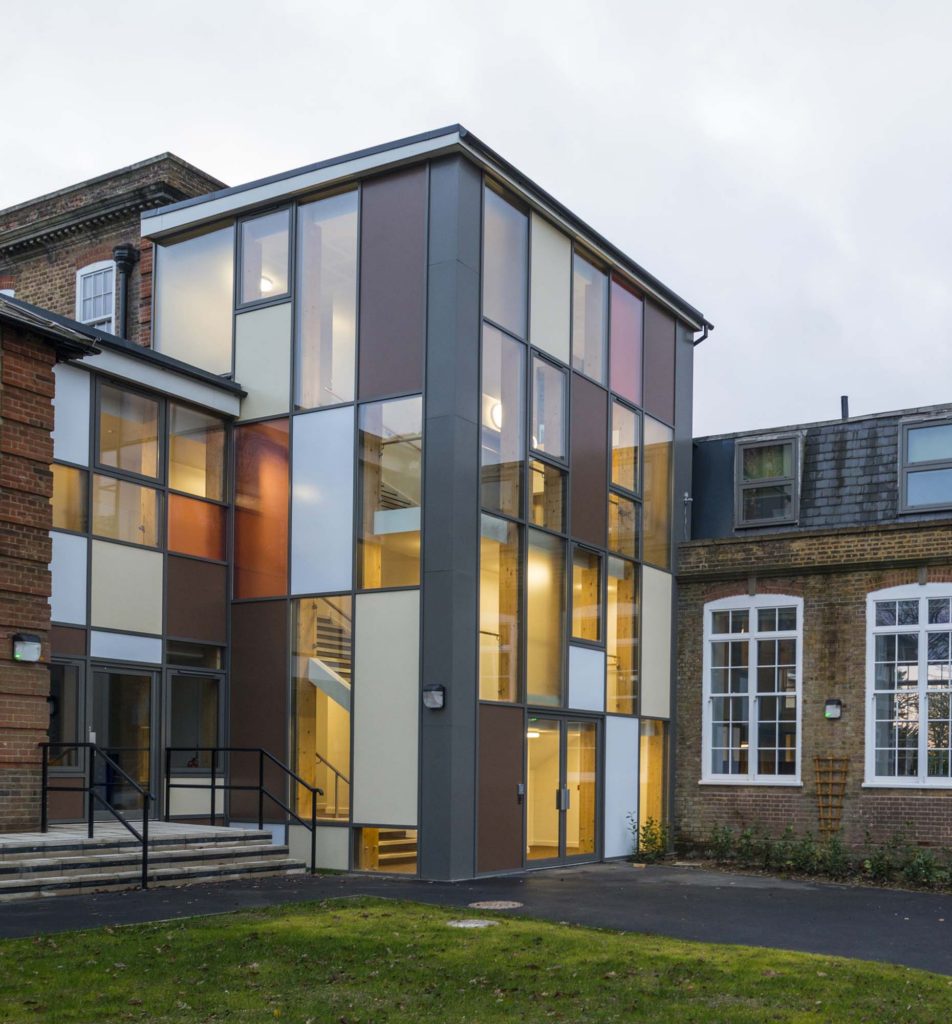 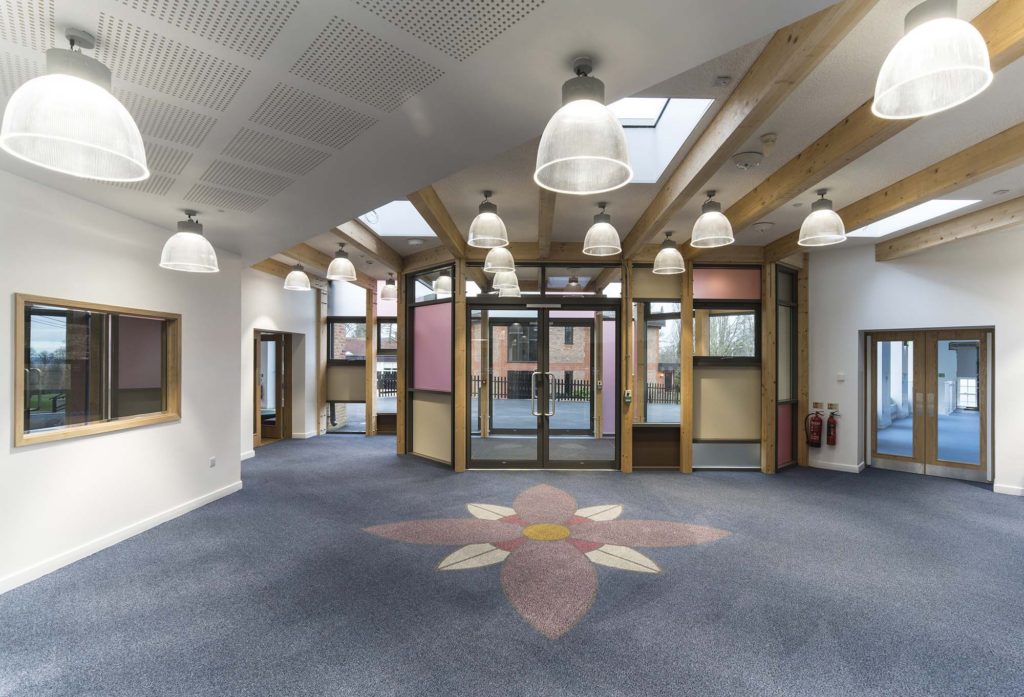 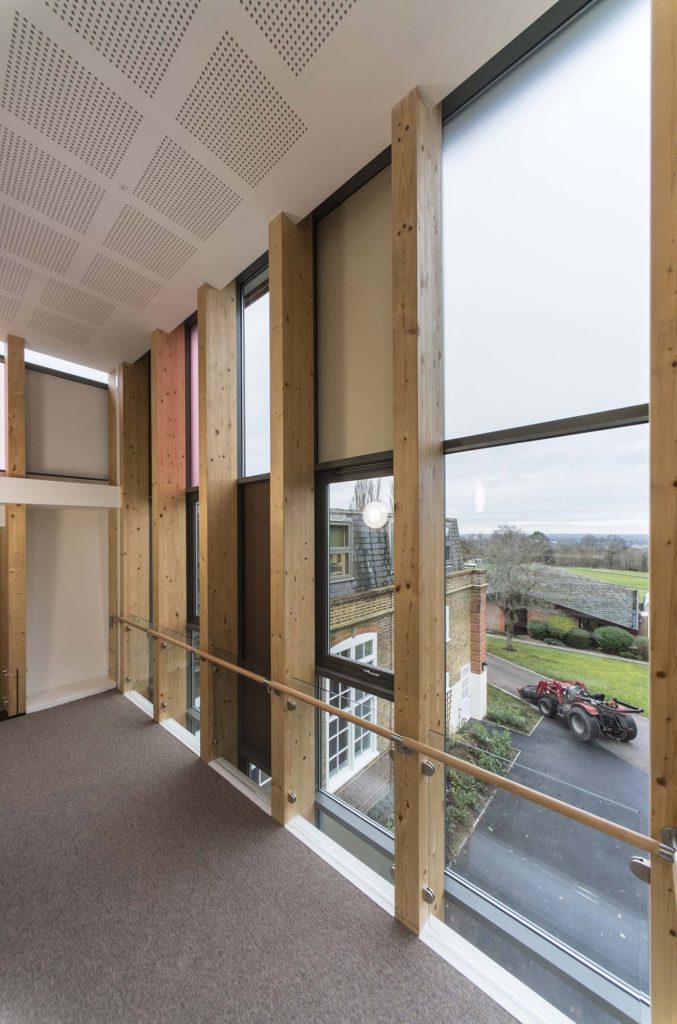 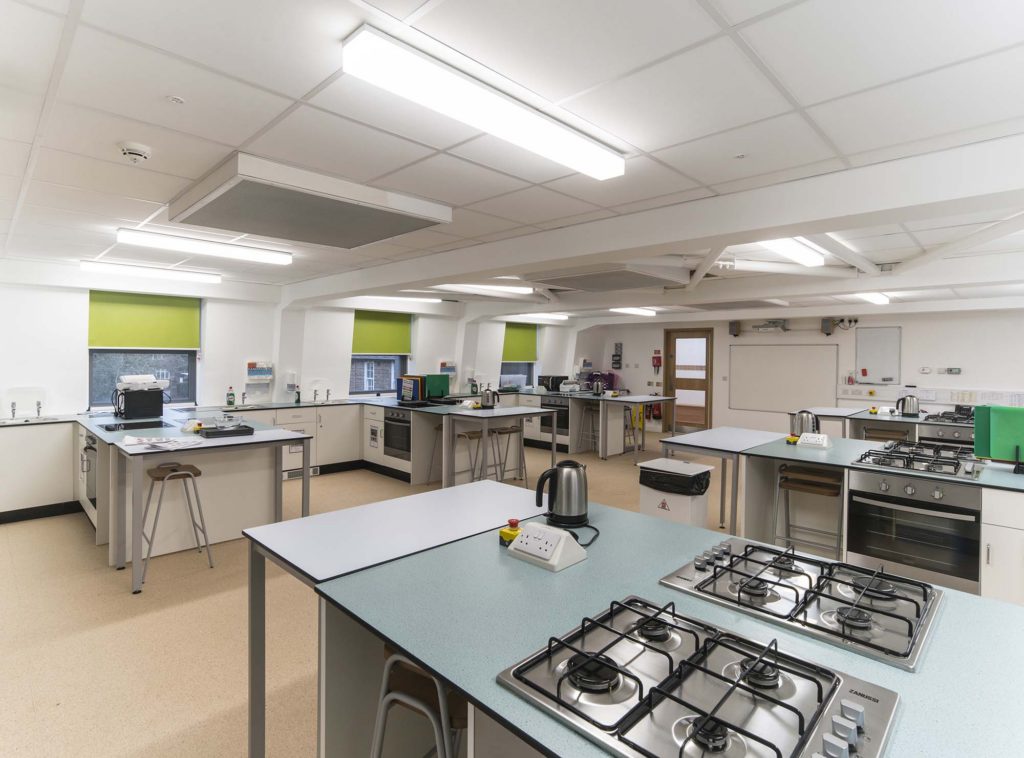 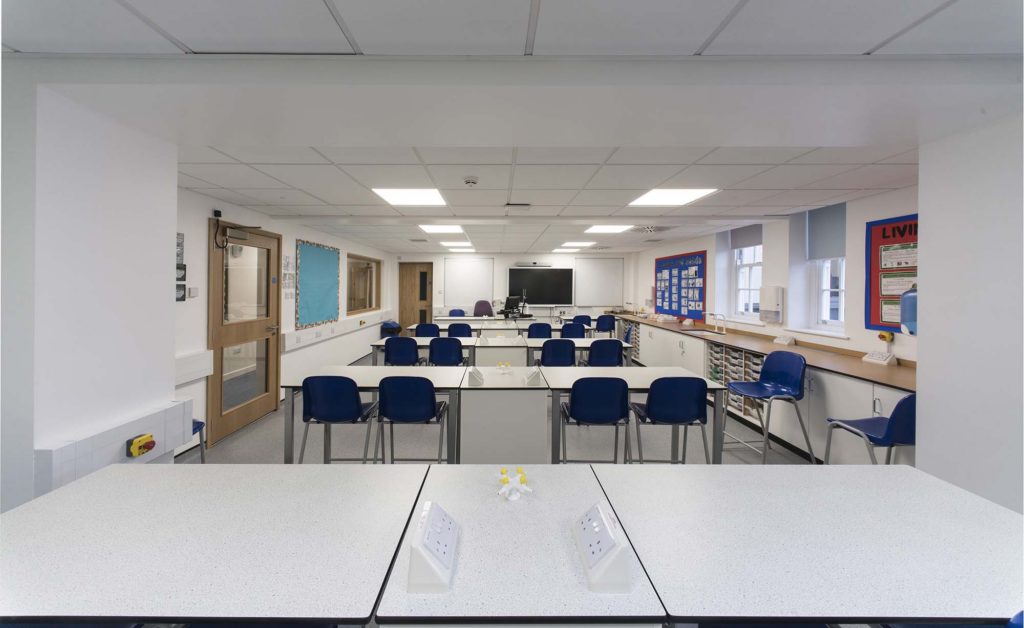 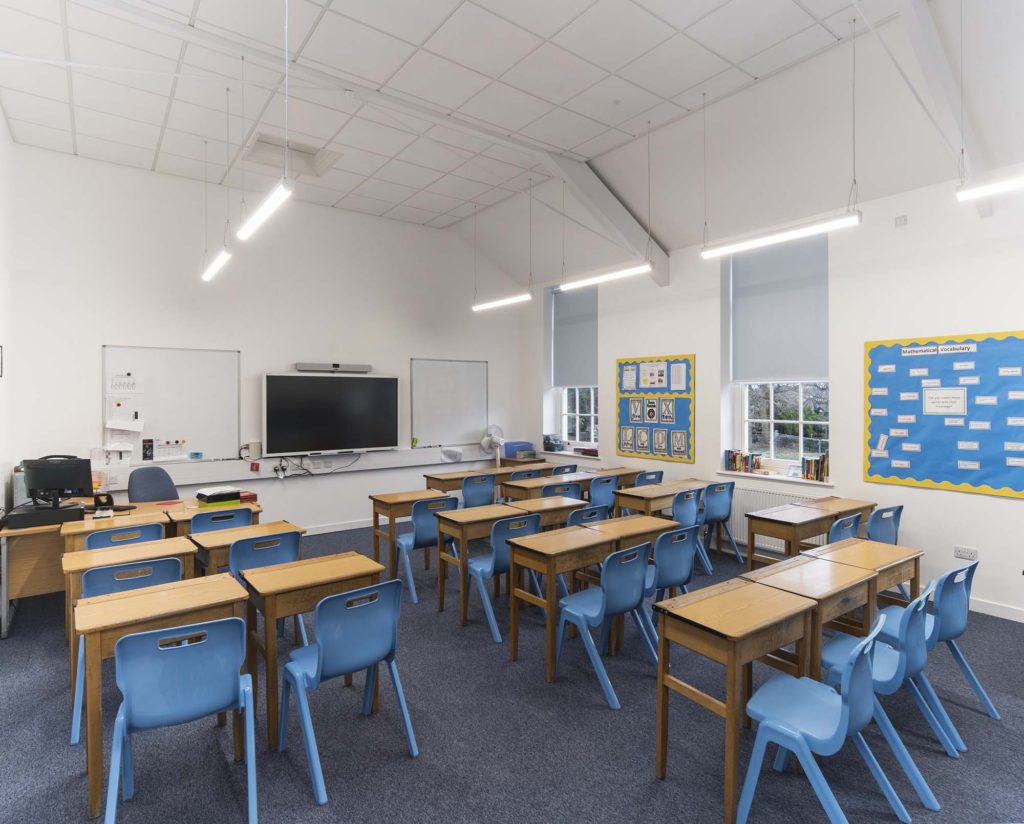 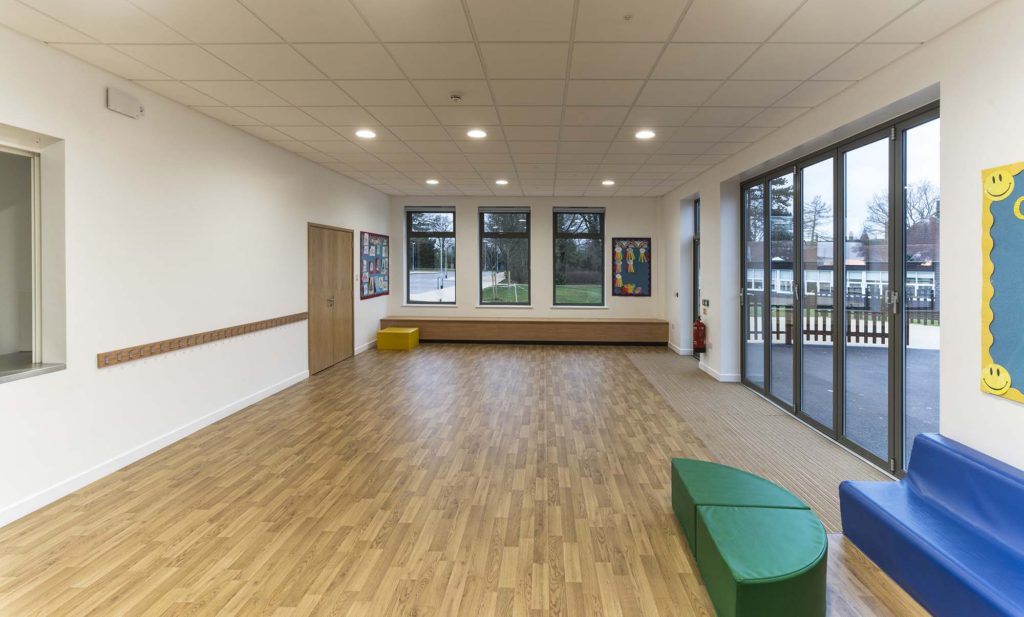 MEB Design were appointed in competition to implement a strategic plan for the school site in July 2013, which included selling part of the site to a major house builder / developer to assist in funding the school improvements.

Construction cost was £5 million out of an overall development cost of £8 million spent on various enabling works including the drama studio, sixth form centre located in the original Grade 2 listed Waterhouse building, and a new ‘Humanities Hub’.

The overall development was completed for the school opening to pupils in September 2016.

“Little St Margaret’s was, for me, quite simply a revelation. I would never have thought it possible to turn what was in our day a dark and gloomy building into a place of such light and warmth.   Yet the feel of what was good about the old JH was still there! Hats off to all involved in the planning, architecture and design.” Quote from a former pupil at St Margaret’s School