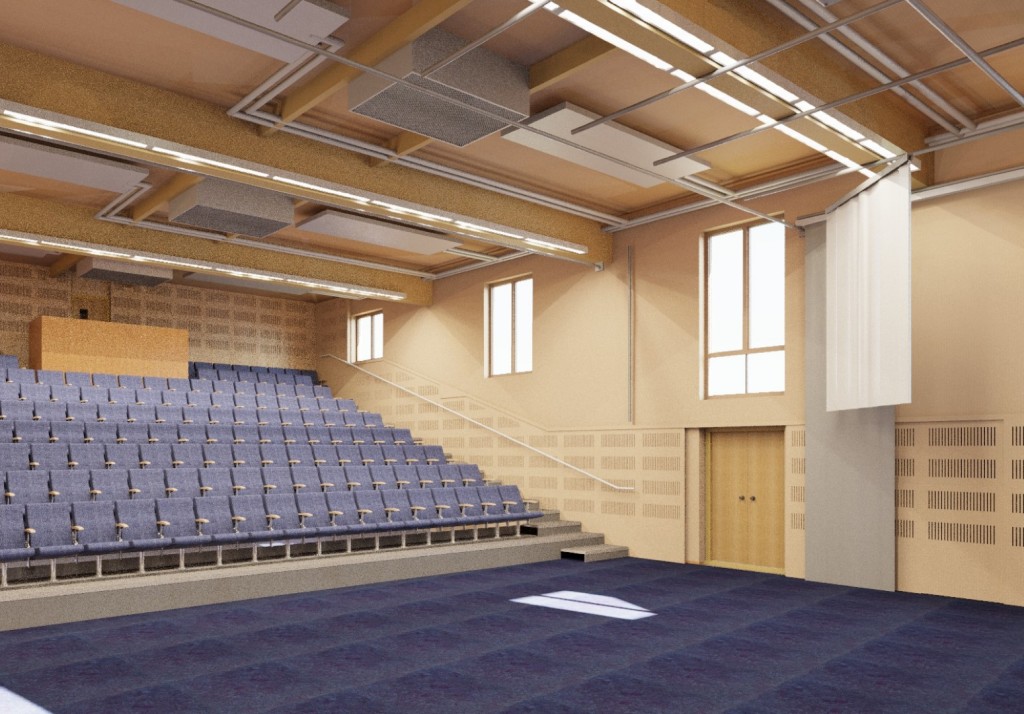 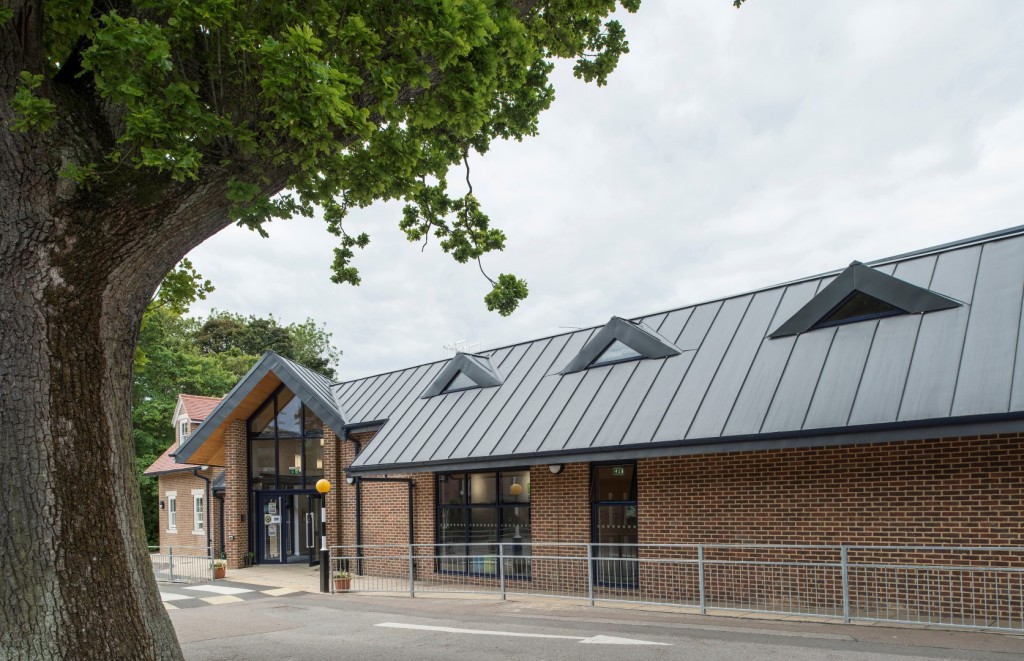 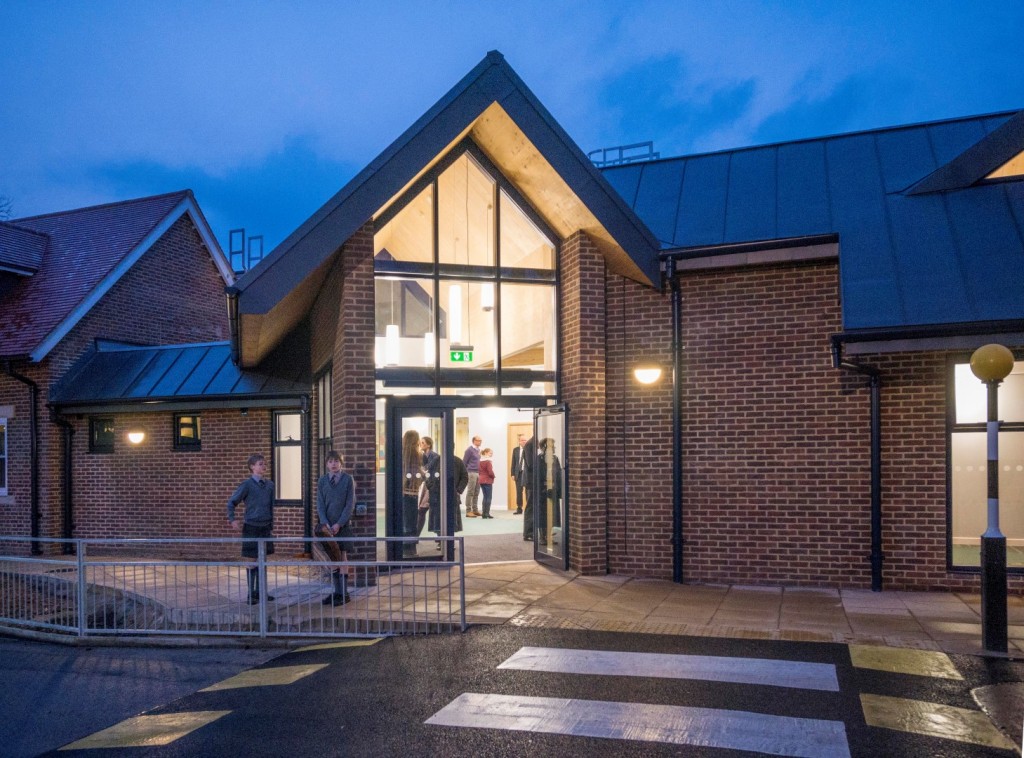 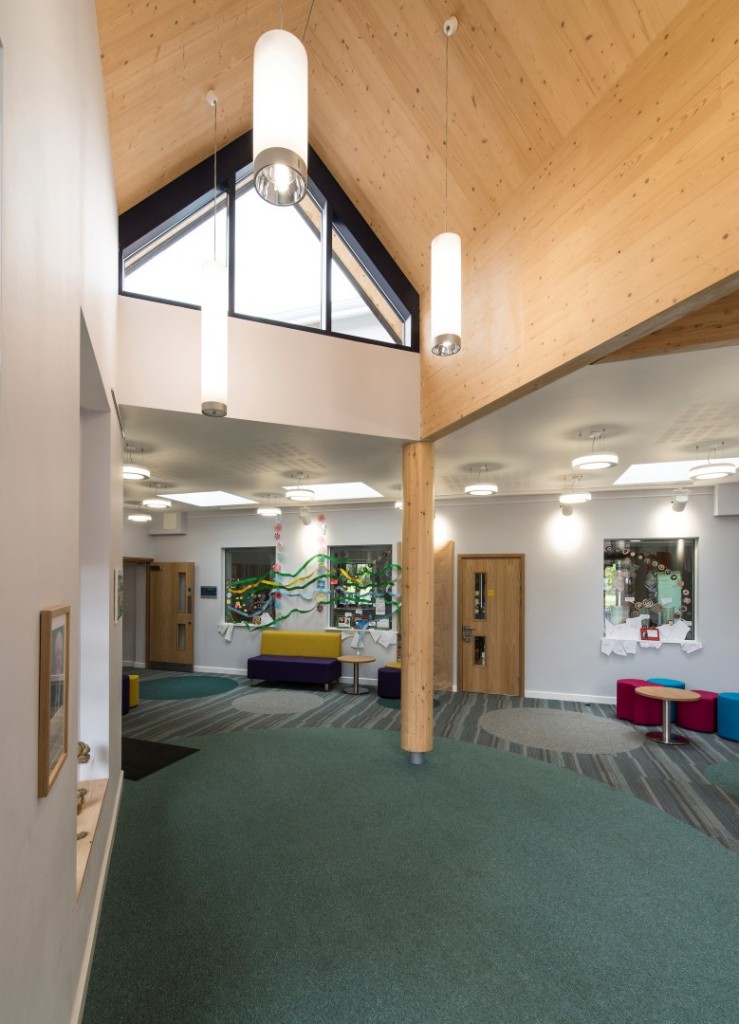 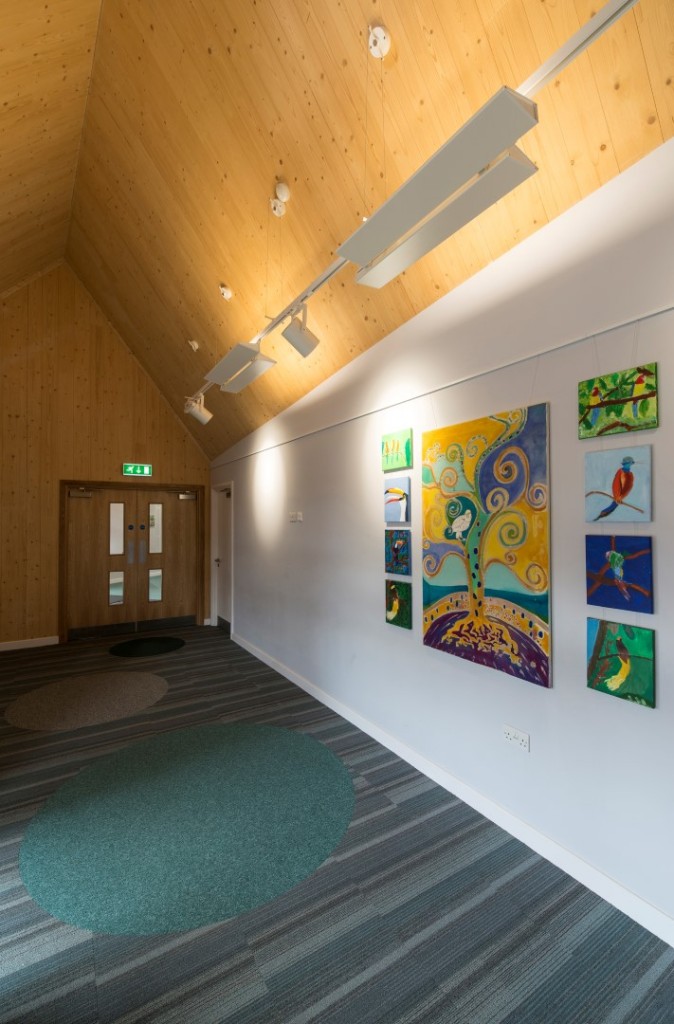 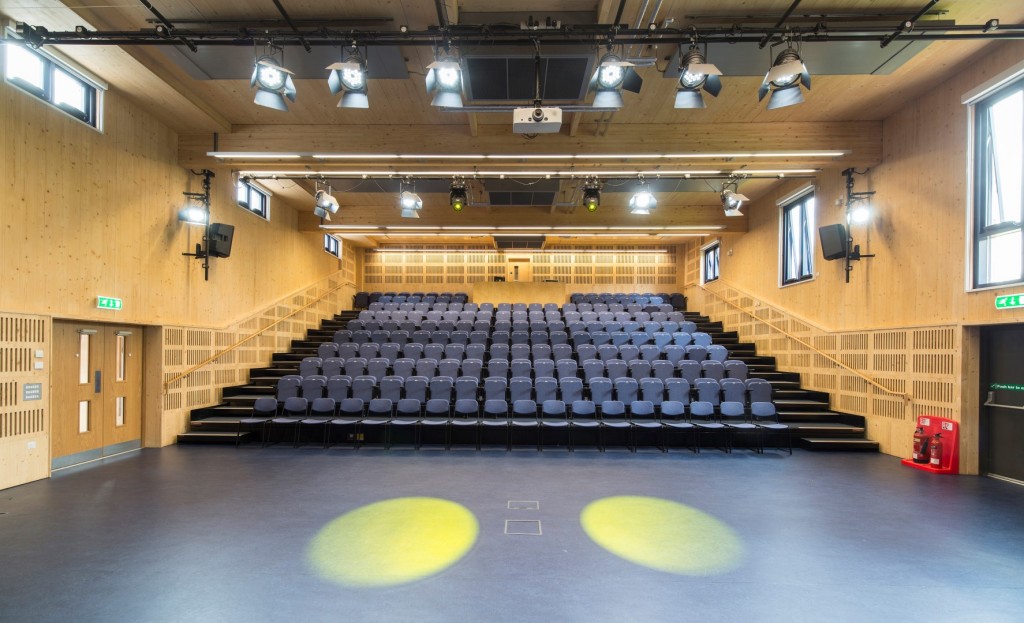 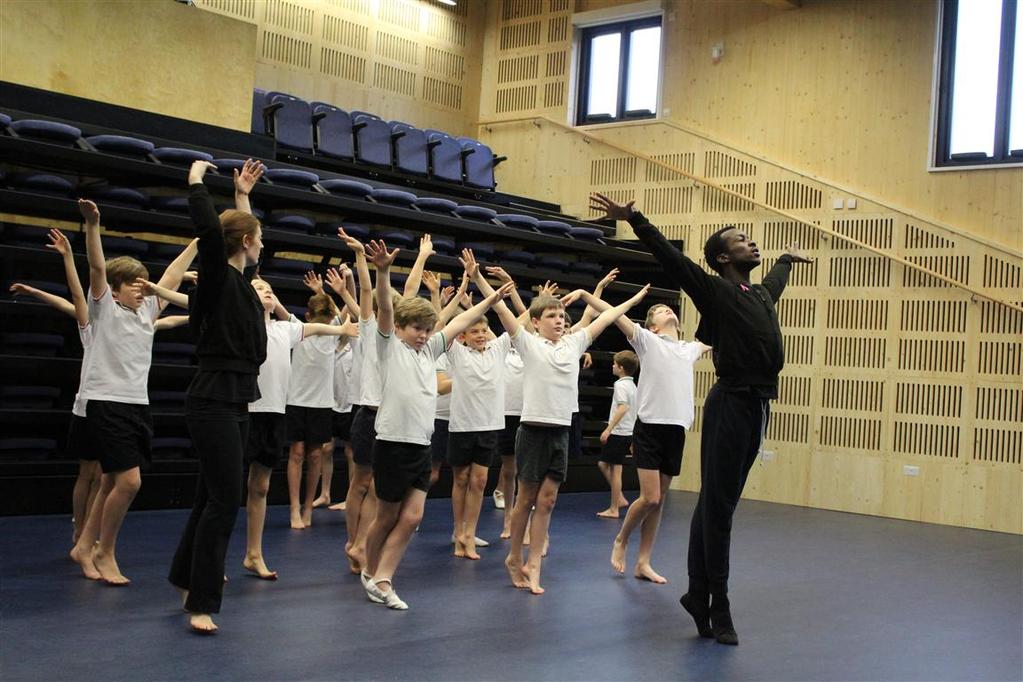 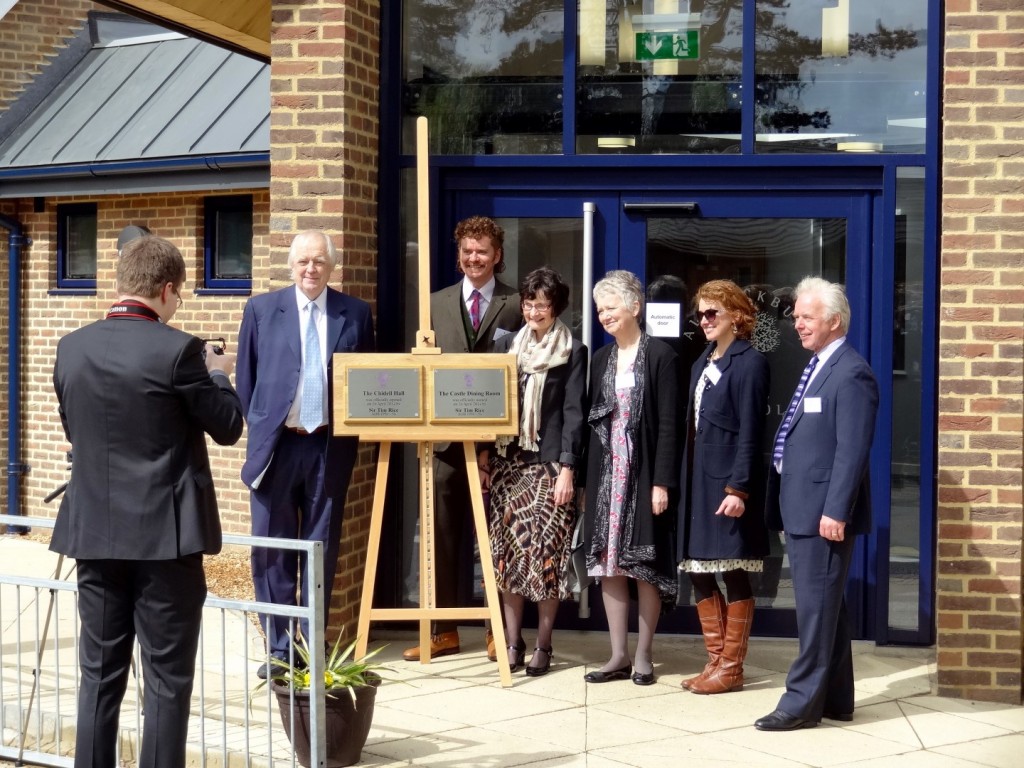 Aldwickbury School is an independent Prep School for around 350 boys aged between 4 and 13.

The School had an un-charming 1960’s Hall that became too small, unsafe, and cold. This Hall needed to be replaced with a multi-purpose hall providing space for school assemblies, performances, teaching, chapel, indoor games and other school events, served by ancillary rooms like entrance foyer and toilets.

The site of the Hall was right at the heart of the school beside the main access car route to the 2 school car parking areas. It was flanked on one side by a similar un-charming 1960 teaching block and on the other by a charming if run down former Coach House.

The solution was to replace the Hall with a new building constructed with Cross Laminated Timber (CLT), timber column and Glulam beams. The additional floor area was used to screen in part the un-charming 1960’s teaching block behind. The new hall was then framed between the original coach house (now refurbished) and a matching smaller building that completed the screening of the teaching block so the new hall sits between the two.

The school was very happy with the choice of CLT philosophically as it is a wholly renewable material and supported this approach. This is the building’s contribution to the reduction of construction activities on the natural environment. With the benefit of speed of construction, this becomes a win : win situation.

The structural timber system provided versatility. There is the large rectangular volume of the Hall restricted to the height of the original hall, hidden behind triangular and more vernacular shapes along the front of the building to match the context. And there are different cladding materials: brick at the front again to match the context, and timber at the back that was patterned to relate to the context of the adjacent panoramic landscape and its trees. Large windows provide enjoyable views from the hall of the landscape.

The integration of CLT panel production using computers to draw out and eventually cut the shapes, with the architectural BIM model made the process as seamless as possible. It was easy to provide the information to the manufacturer, and then to check the production drawings. The first image shows a 3D Revit visualisation of the space prior to construction.

The new building was opened by Sir Tim Rice. Since being completed the Hall has been used for various activities including Christmas carol Services, dance workshops and theatre performances. The Video that can be watched to the right on this page was created by the School to celebrate the new facilities.

A Construction video by the school can be seen below: