The Open Door Centre in Barnet, formerly known as John Trotter Hall, was officially opened by the Bishop of Stepney Rt Rev. Adrian Newman on 13th May 2017. The building was declared open by cutting a ribbon and unveiling a plaque.

Chair of trustees David Parry said “It was such a wonderful occasion which I’m sure will live long in the memory of those of us who were privileged to be part of the day…It was also a great delight that two former pupils of the original school attended and between them cut the magnificent celebration cake!”

The MEB Design project involved the renovation of a building that was originally a place of worship and school for Christ Church. The centre is now light and spacious with comfortable seating, meeting rooms and a drop-in cafe which is already being used as a support centre by carers and clients from the Alzheimer’s Society. 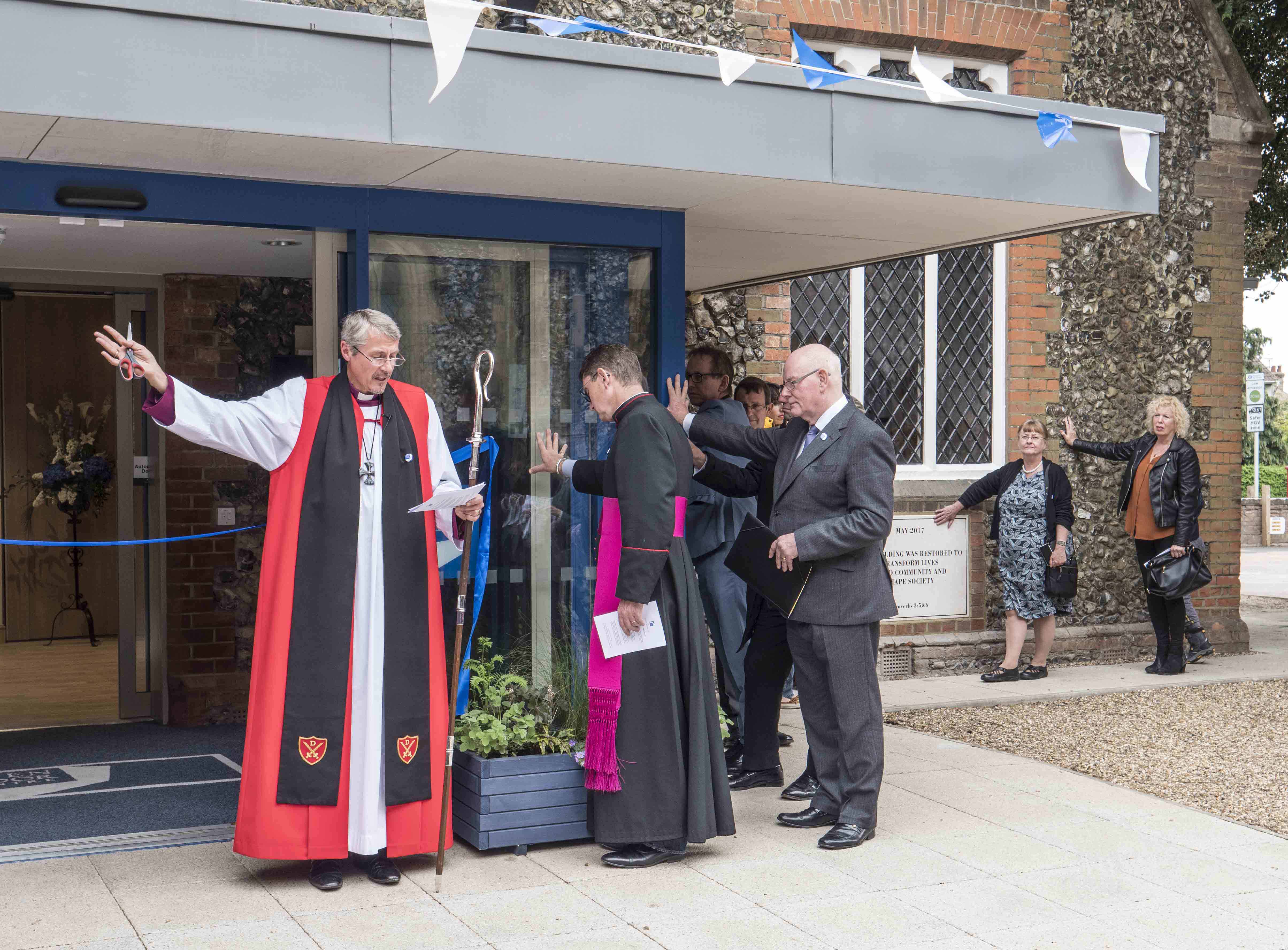 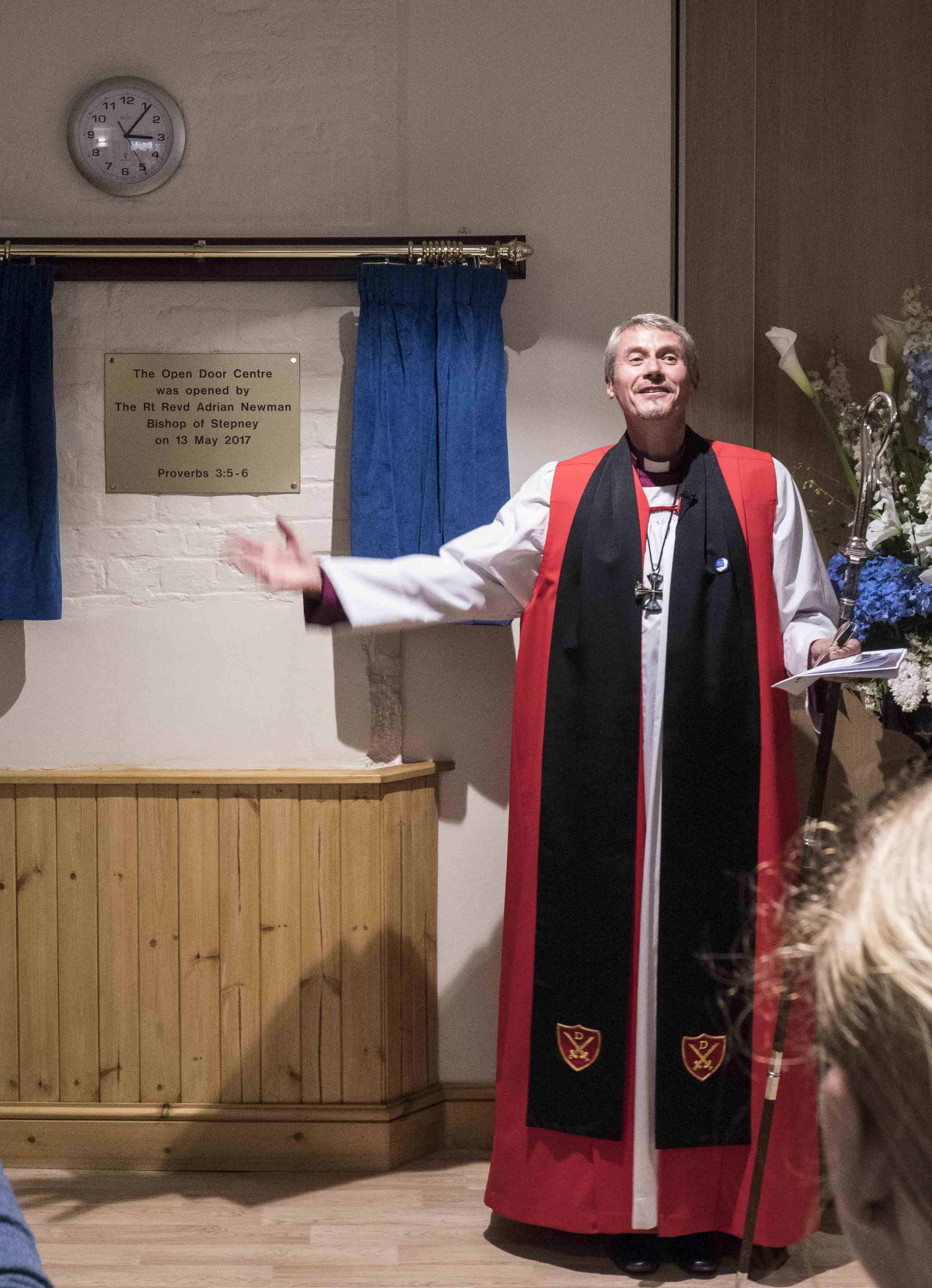 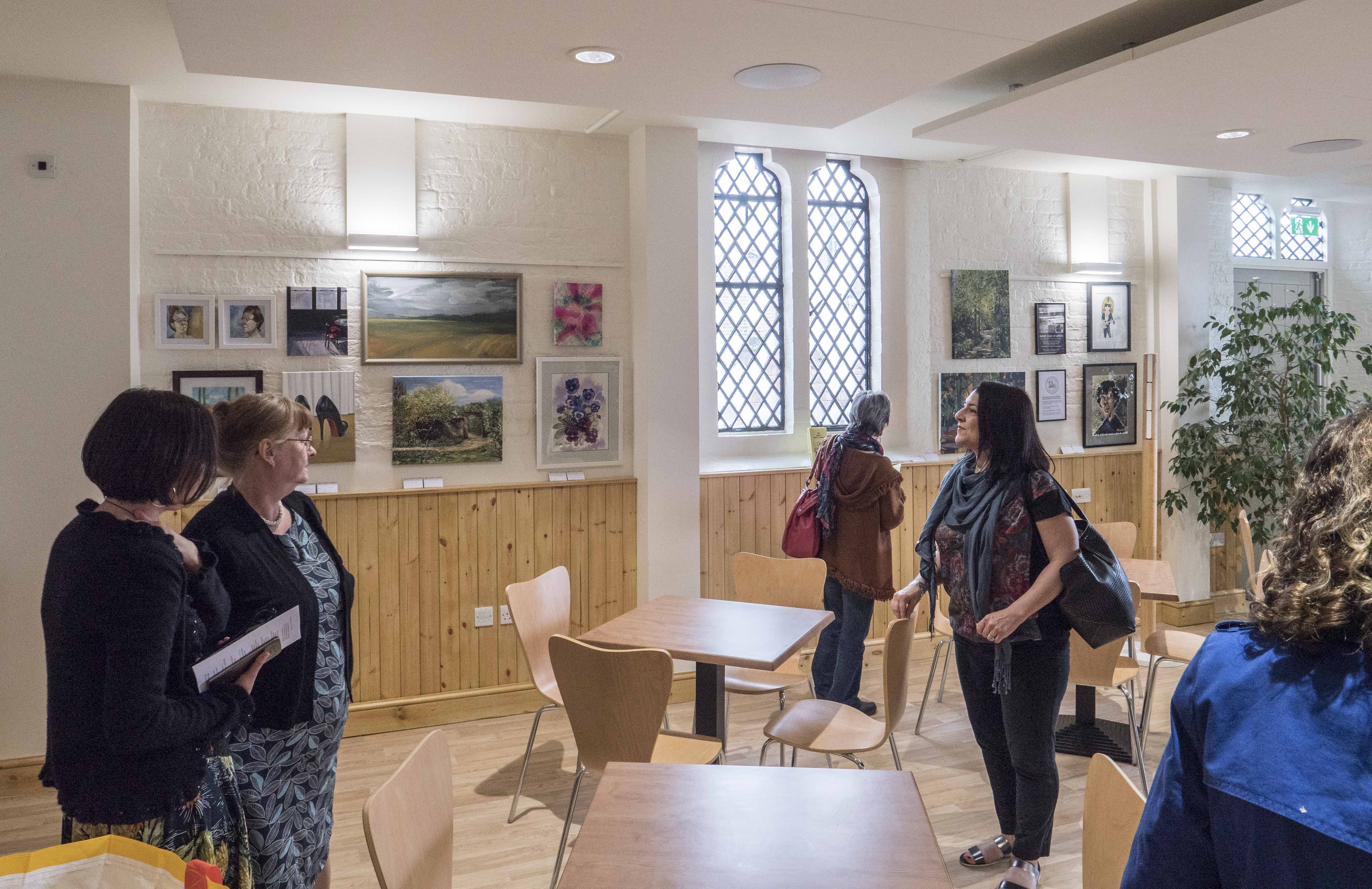