As part of our inspiring buildings series, MEB Design Architectural Assistant Kerry Fox reflects on her recent visit to the Roman Baths and the Holburne Museum in Bath. Check out her blog below.

There’s little contemporary construction in Bath – once you move away from the shopping area around the train station, but for the cars and the street lights you could almost still be in the eighteenth century. 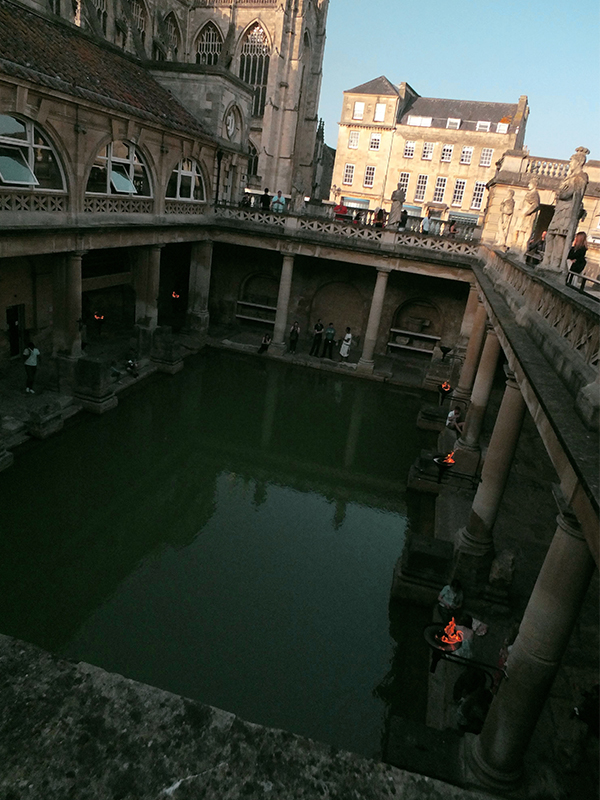 Visiting the Roman Baths, the depths of the city’s history becomes clear. Stepping onto the upper walkway around the baths, barely above street level, the ground drops away in front of you to reveal a still pool buried deep in the ground. You can see the piers that jut out into the water, remnants of stone column bases from the original structure. Built on top of them, a facsimile in the same Bath stone, columns support the sixteenth century walkway.

There is nothing to signify the change in time between the two constructions. The stone of the balcony has weathered until it looks synonymous with the ruins of the original structure. Your sense of time is warped, looking at the building – with genuine Roman architecture blending into a copy. 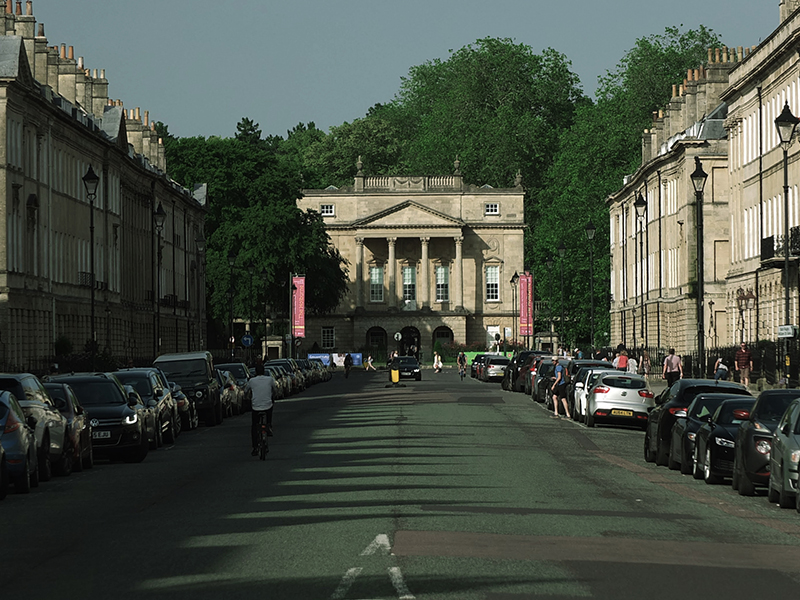 Contrast this with the RIBA Award-winning Holburne Museum extension, just a short walk away. The difference in style and material between the original eighteenth century building and the extension is striking. A fully glazed block of curtain wall facing the neighbouring park reflects back the greens of the trees, with dappled fins providing verticality to the facade. The stonework of the existing building bookends the glass structure. 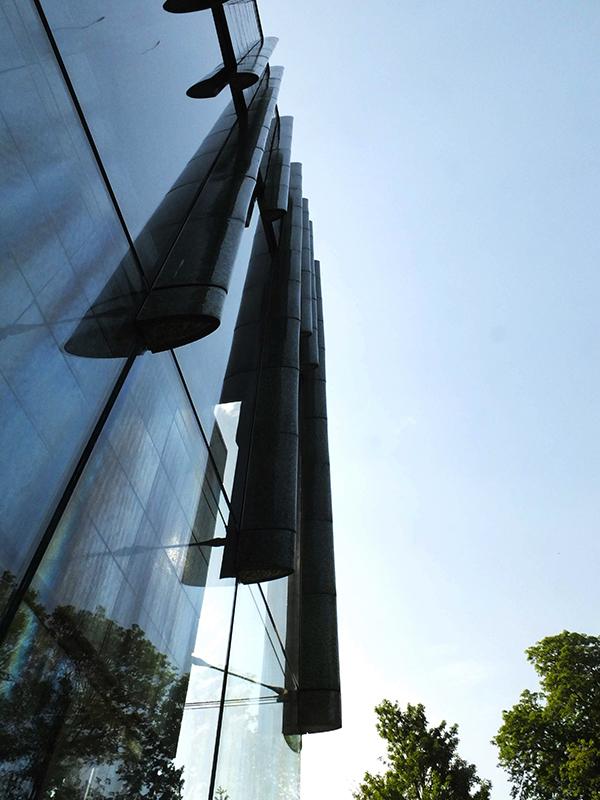 Heading inside, the junction between old and new could not be treated more differently than in the Roman Baths. A steel frame holds the glass against the existing stone wall, abutting the existing structure but not becoming confused with it. The proportions of the historic building are respected but played with, the frame of the structure fitting into the rhythm of the facade but adding another mezzanine floor through clever use of sloped floors and an internal staircase. 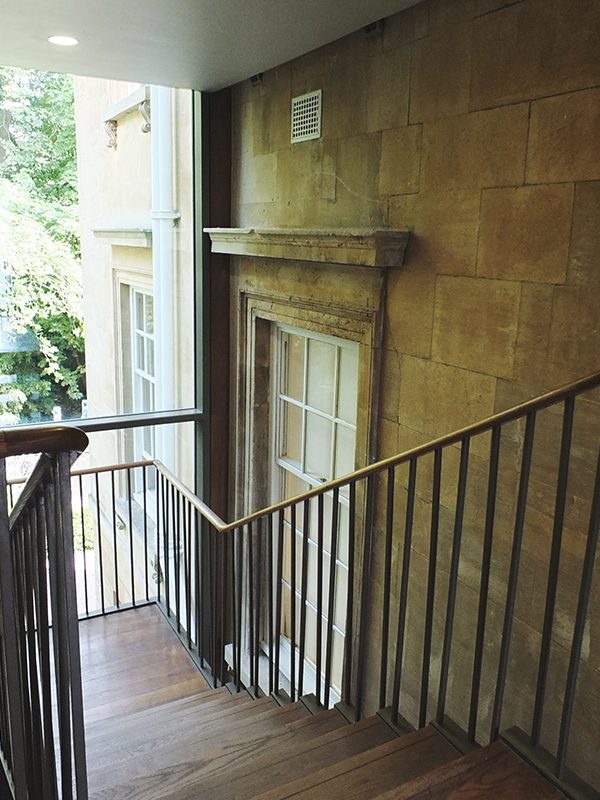 Walking through the museum, the junction between existing and new is clearly marked with changes in material, but attention is not drawn to it. The building operates as a cohesive whole, while never pretending to be something it is not. The extension has opened up space for new exhibits, as well as a cafe which blurs the boundary between the museum and the park beyond.

The juxtaposition of architectural styles and periods creates an interesting variety that seems to be lacking in other areas of Bath – especially in the Baths, where the architectural congruity not only hinders the reading of the buildings, but creates the impression of a film set. Because of the lack of distinguishing period features, the place feels out of time – and therefore something that cannot be interacted with. As a visitor, although impressed by the Roman Baths, does not feel as comfortable using the space as in the Holburne Museum. 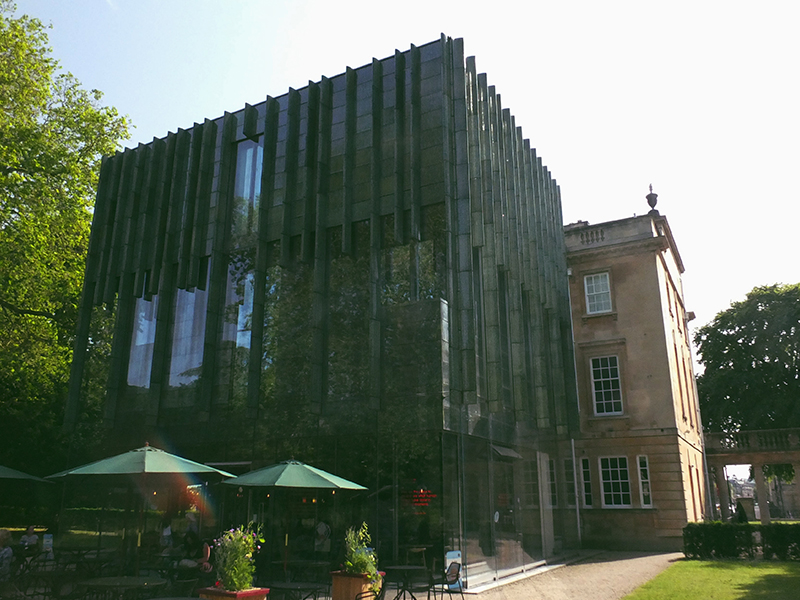 The modern treatment of historic buildings, as demonstrated in the Holburne Museum, will stand the test of time far better than ideas of the sixteenth century. By respecting the existing architecture, yet showing a clear difference in style and material, the construction of the extension has given the building a new aspect to its character. This allows it relevance now, as well as creating an aesthetically pleasing building which, opposed to the mimicry of the sixteenth century, feels far more genuine.