As part of our inspiring buildings series, MEB Design Architectural Assistant Kerry Fox considers the impact of Renzo Piano’s Valletta City Gate Development on the city’s community. Check out her blog below.

The Maltese capital of Valletta is a tiny city, crammed into the medieval Knights Hospitaller’s fortifications on one of Malta’s many peninsulas. A historic city, the existing architectural fabric is made up of historic Churches, the ‘auberges’ which once served as homes for sects of the Knights Hospitaller, and stone terraced buildings. Historically, access and entry has been an issue of great concern to the city. Malta has been the target of several sieges and attempted invasions due to its strategic position in the Meditteranean – as recently as the Second World War when at the height of the bombing more missiles fell on Malta in a three month period than fell on London during the entire Blitz.

As a country, Malta is developing – from a strategic defence and trading post, to a sun-and-sand resort destination; now to a cultural hub. As the country is opening up, so too is the architecture of its capital. 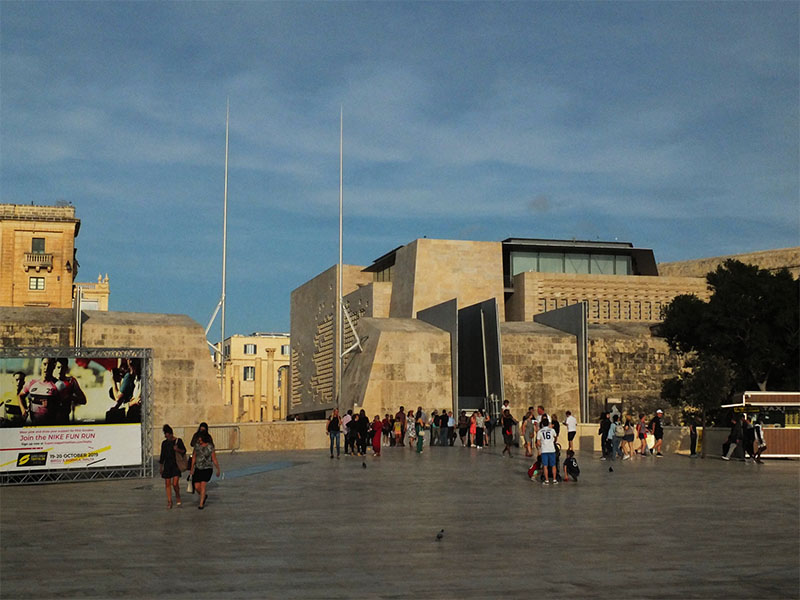 Valletta’s City Gate was originally designed as a controlled entrance and exit from the city. As such, it was first designed as a set of small apertures that frustrated rather than encouraged attempts to enter Valletta. Throughout history, it underwent a number of different designs. Each retained the aspect of control over movement. Outside the city, the bridge over the defensive ditch widened to the dimensions of a city square, gathering people on either side of the bridge to be funnelled through the narrow apertures of the gate.

In 2014 the newest incarnation of the City Gate opened, designed by Renzo Piano. The design reorders access into the city, creating an 8m wide cut in the city walls, accessed by a narrow bridge. This entrance is pedestrianised, allowing free access into the city, uninhibited by car traffic. From the gate, it is possible to travel up a flight of stairs to the raised areas of the city on top of the battlements, or down into the historic defensive ditch. The emphasis has been returned to the use of the gate as a vehicle for moving people into the city. 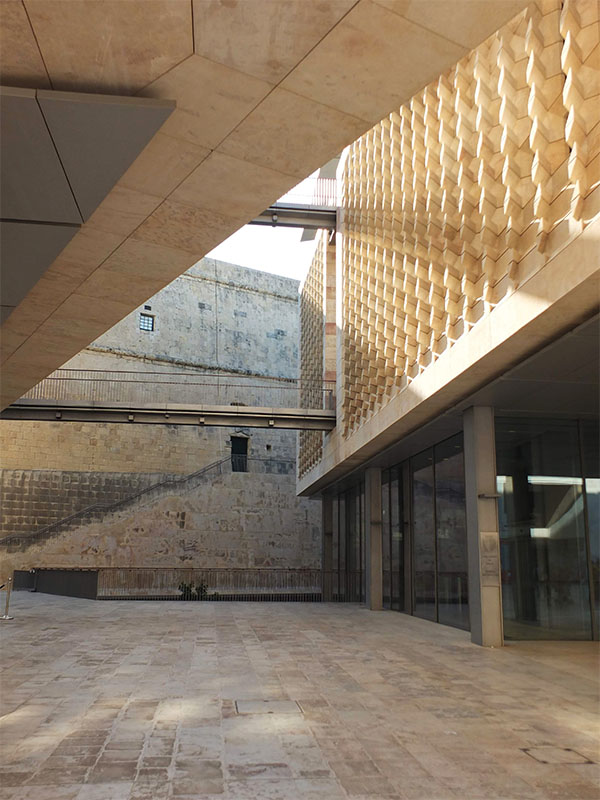 The development also formed a new Parliament building, with a glazed ground level which creates an exhibition space and gives the illusion of a floating building above. The government spaces are clad with solid stone shaped to allow solar penetration but obscure views into sensitive spaces within the building. The building appears like a floating block of stone, as if a block from the gate was in the process of being lifted out. This is the photogenic face of the scheme – but far from the most interesting aspect.

The City Gate development was clearly designed with a deep respect and knowledge of the history of the city. From the metal fins which mark the change from original city fortifications to rebuilt walls to the narrowed bridge, the development signposts and in some cases reinstates its history. 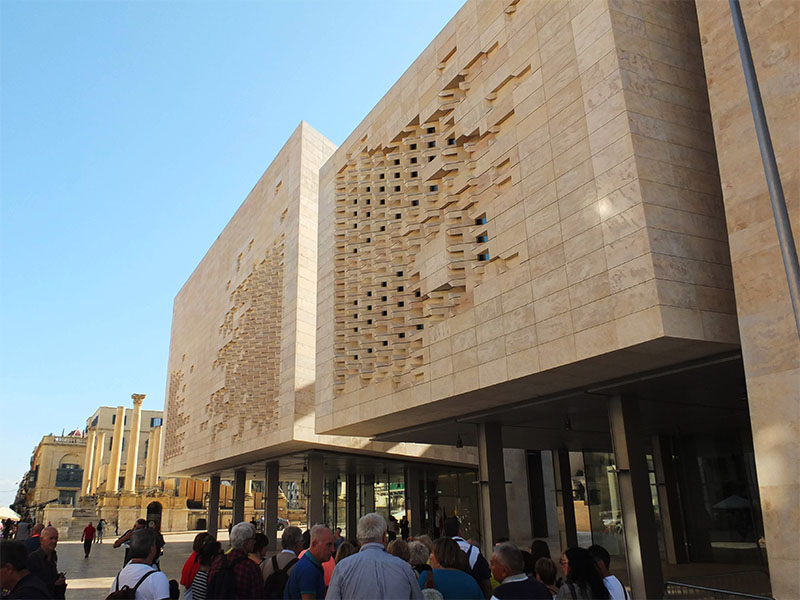 Tucked behind the Parliament House building, the Royal Opera House ruins hardly draw attention. The most understated part of the development, the open air theatre (Pjazza Teatru Rjal) is the most connected to the city’s history.

During the Second World War bombing, Valletta’s Royal Opera House was almost razed to the ground. What remains today is a collection of jagged walls and column stumps. Rather than rebuild, Renzo Piano chose to leave the ruins in place. Inside the shell of the building, a steel structure has been constructed, forming banked seating and lighting arrays for open air performances. This makes visible the scar left on the city by the intense bombing, but also reclaims the space for its original use. The air demarcated by the remaining columns remains a ghost of the Royal Opera House that once stood on the site, filled with music as if the Opera House were still intact. 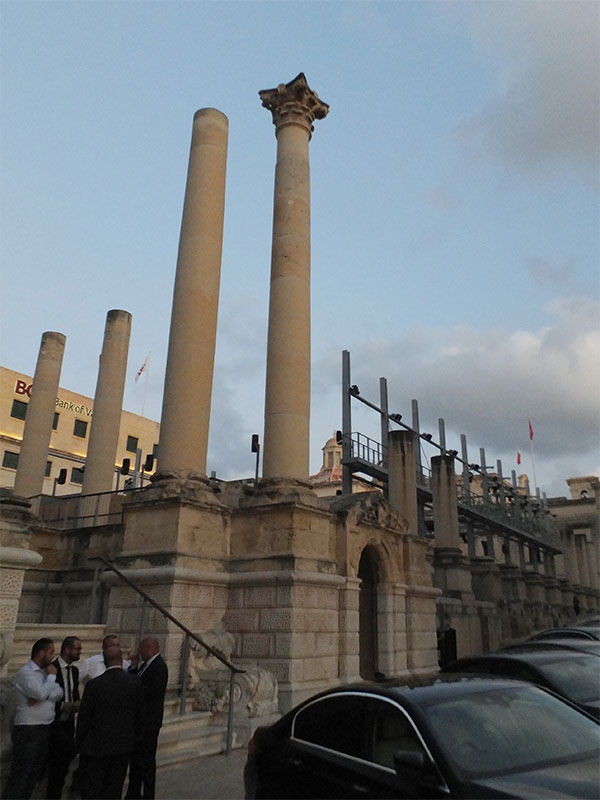 It is this spatial memory, of music and song – but also of conflict – which allows the space to remain relevant to the city’s community. It serves as a monument to the Maltese people who fought in, died during, and endured the Second World War. Simultaneously, it gives the space new life through the Maltese tradition of music. The location of this gives prominence to Valletta’s history and culture. Though not as aesthetically impressive as the City Gate or the Parliament House, the Pjazza Teatru Rjal is vital to the development of Valletta’s community, and to the identity of the city.