As part of our inspiring buildings series MEB Design consultant architect and our in house photographer Des Hill, reflects on his trip to Chandigarh, India last year. Read his blog below.

In November I went on a trip led by the C20 society, to Delhi, Ahemadbad, Chandigarh, and Mumbai. A lot was packed into two weeks, including much 20th century building, but not the Taj Mahal.

Chandigarh, built in north-west India, was conceived as the new capital of Punjab, in a newly partitioned India. It is often described as Le Corbusier’s masterpiece (he accepted the commission with great reluctance), but that is to pay scant regard to the equal, if not greater (in my view) contributions of other Europeans – Pierre Jeanneret, Jane Drew, and Maxwell Fry – all of whom lived and immersed themselves continuously in India for several years. Corb on the other hand would perhaps stay there for one or two months a year. Further, there emerged from their offices, a generation of Indian architects who would go on to establish an influential modernist tradition of their own. 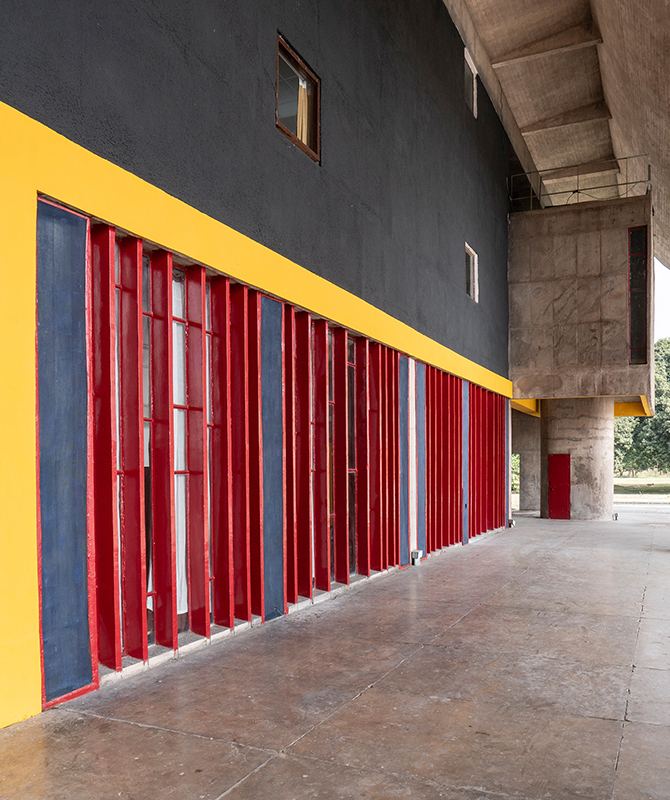 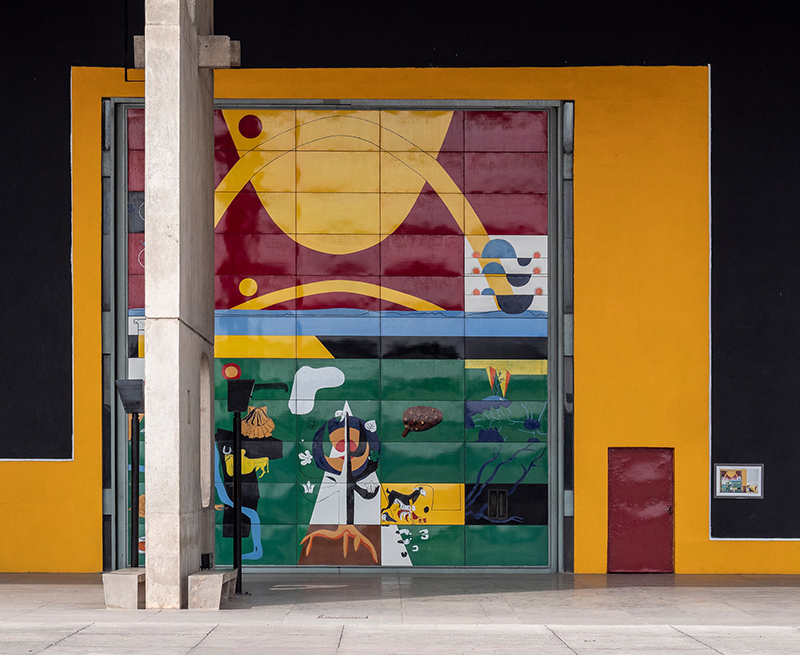 The Capital Complex is the pre-eminent, or iconic symbol of the city, comprising an assemblage of the Secretariat building, The High Court, and the Assembly building, stunningly sculptural, if rather mannered forms. The concrete hasn’t weathered too well, and the adaption of the interiors to current technology is somewhat rough and ready. The use of colour and art – a Corbusier motif is striking. One can see repetition of some of his idiosyncratic details – such as a centre pivot swing door which recurs in many buildings, as does the common use of ramps between floors – without handrails and balustrades. Nevertheless, there is a distinct sensation of being in the company of greatness, when being near to these buildings 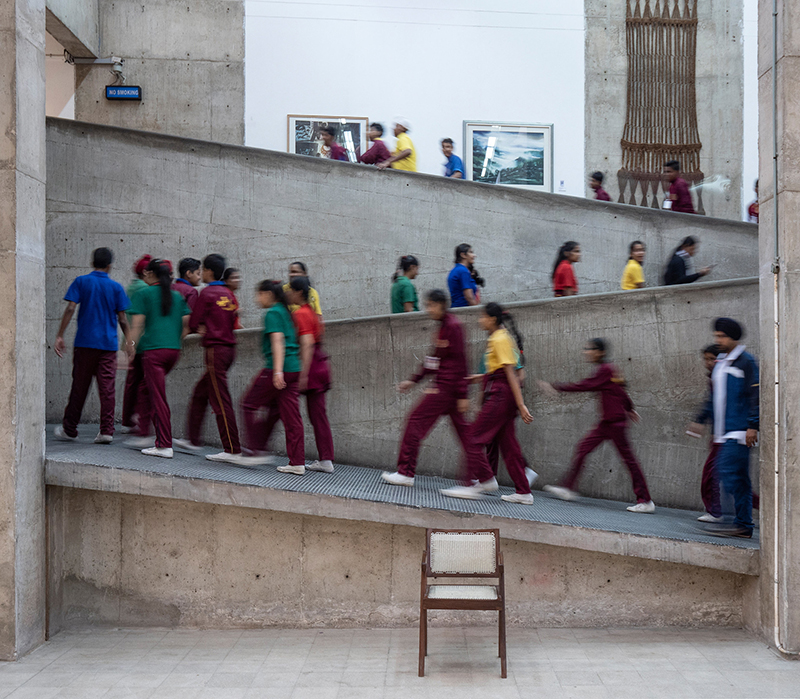 Less well publicised is the housing by Drew, Jeaneret, and Fry. A rich variety of house types, and sizes for the diverse population, all characterised by imaginatively composed facades, of varying complexity. Typically concrete or render, with bris soleil, but not unusually of brick also. The local brick does not weather well, and is commonly painted red, in a rather garish attempt to ‘improve’ the appearance. All laid out on a grid of streets, with roundabouts at major junctions (the only roundabouts we saw in India)—hence the analogy to Milton Keynes. Like all cities there are the retail, and entertainment quarters also, all of interest if relatively little known. 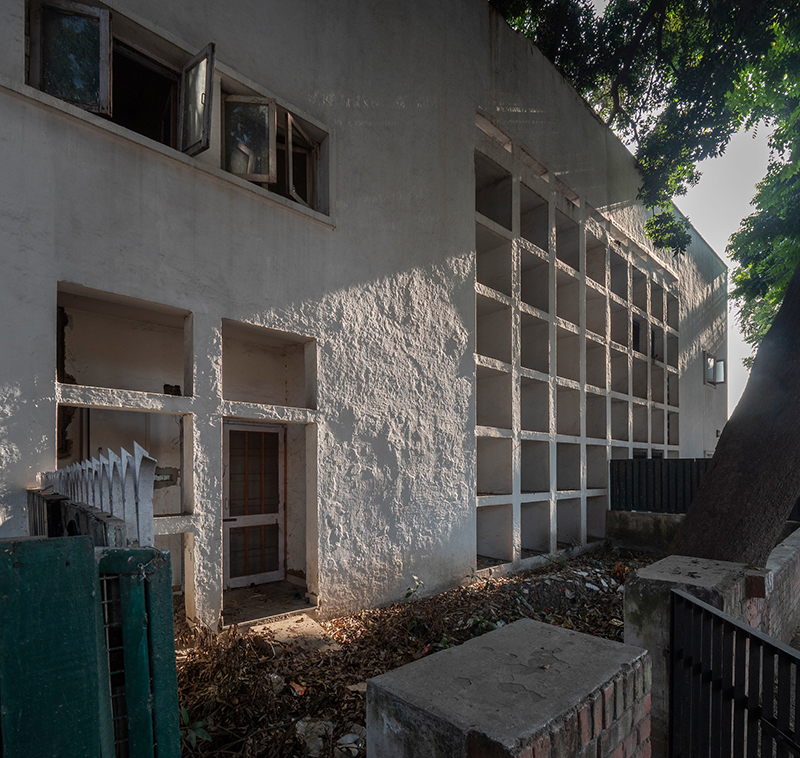 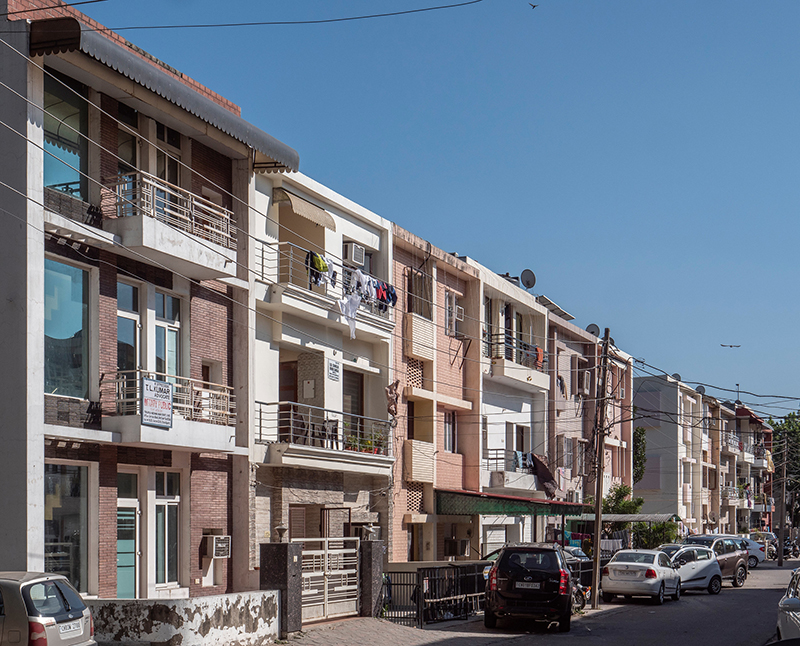 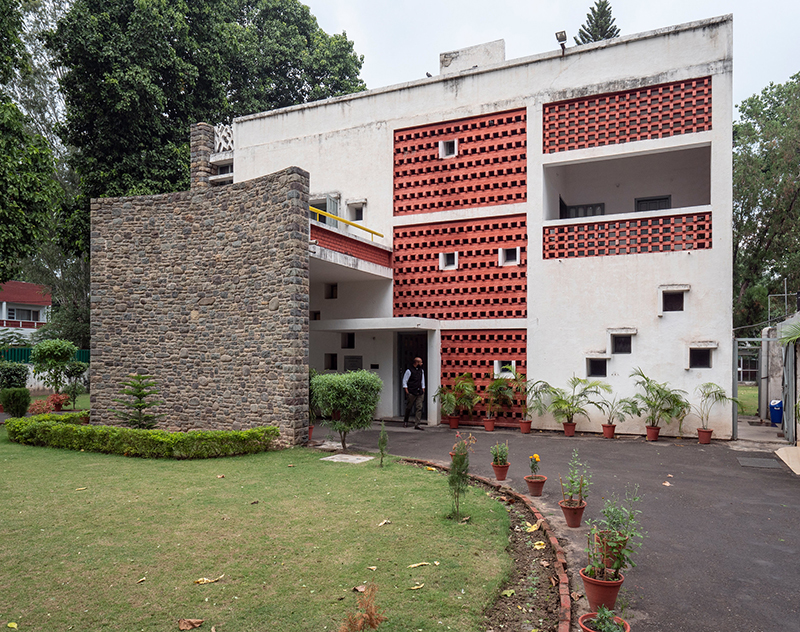 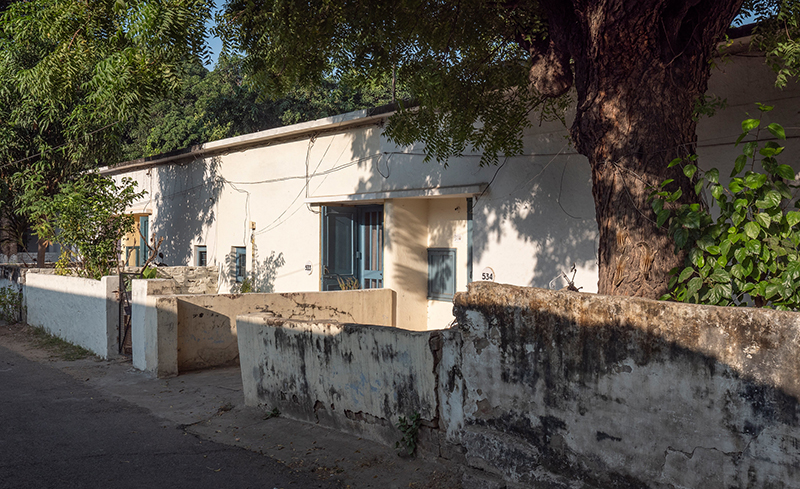 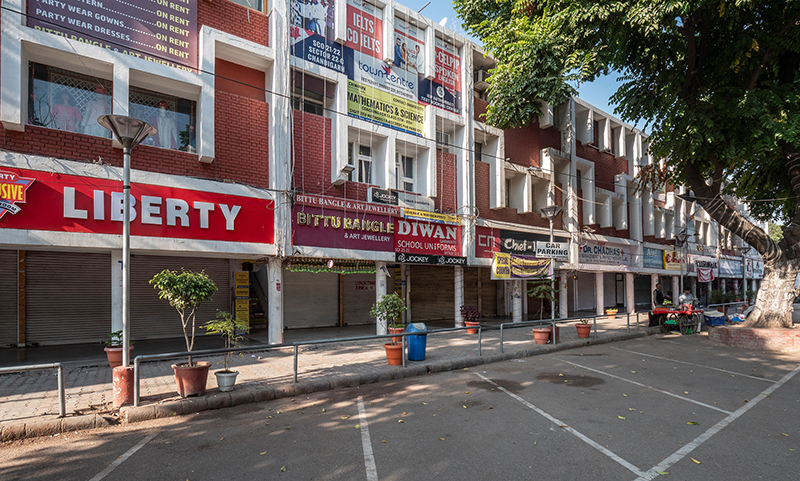 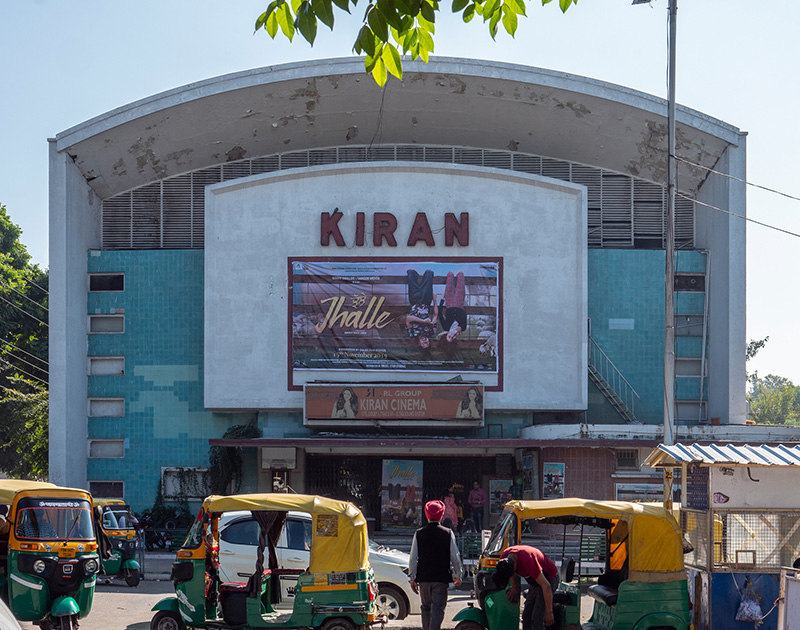 The School of Architecture (Aditya Pradesh) is outwardly an identical design to the College of Art (Corbusier), though behind the uniform façade, the accommodation varied to suite a reduced budget. 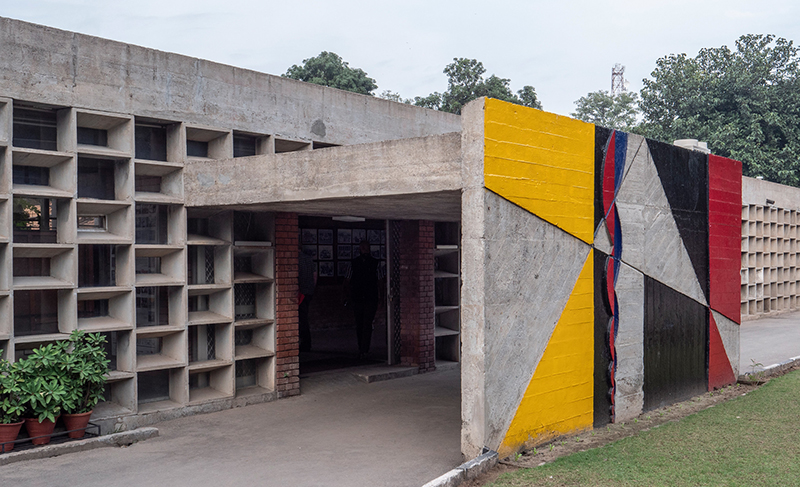 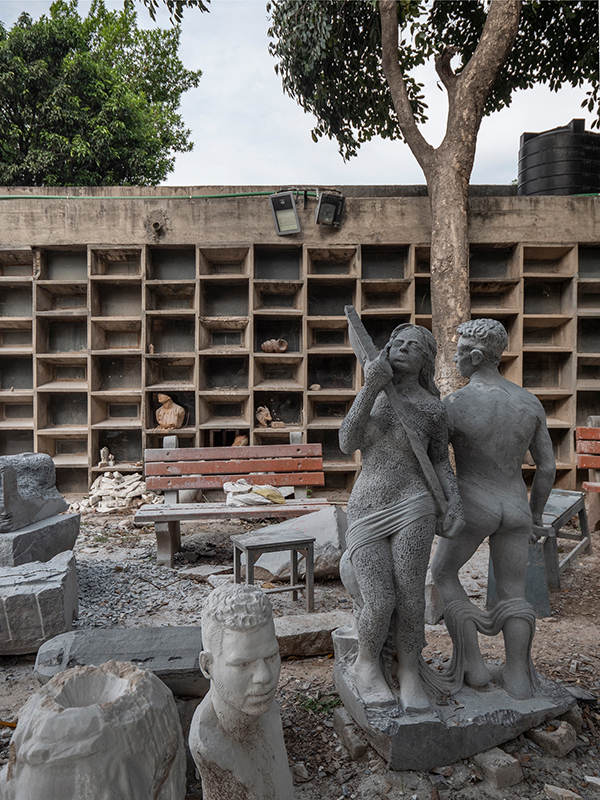 The most popular ‘attraction’ (and none the worse for that) was known as the Rock garden, initiated by a municipal worker who single handled created a sculptural landscape, using discarded porcelain and plastic, forming an intricate series of passages, sculptural figures, and a miniature landscape of great variety. All on municipal land, that he didn’t own, and unknown to anyone for decades. This was before ultimately being taken over by the local council. Thus ensuring its preservation, and further enlargement. 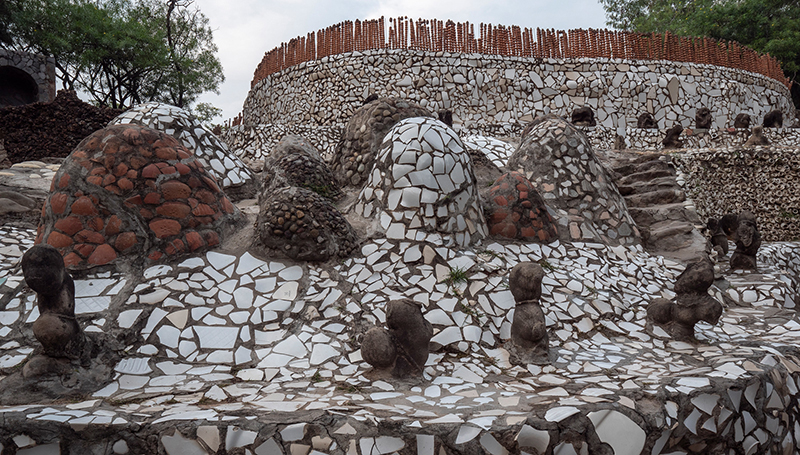 Chandigarh can certainly keep an Architect occupied for a few days – unlike Milton Keynes.