As part of our inspiring buildings series, MEB Design Architectural Assistant Dr Mina Samangooei from our Oxford Office, looks at the work of Antoni Gaudí’s Architecture: Forming Barcelona’s genius loci and continuing to inspire communities in Barcelona today. Read the blog below.

I travelled to Barcelona in November 2018, which was my third visit to this inspiring city but it felt like my first as there is never enough time to explore the wealth in late 19th century and early 20th century architecture, most notably the work of Antoni Gaudí i Cornet and his team. 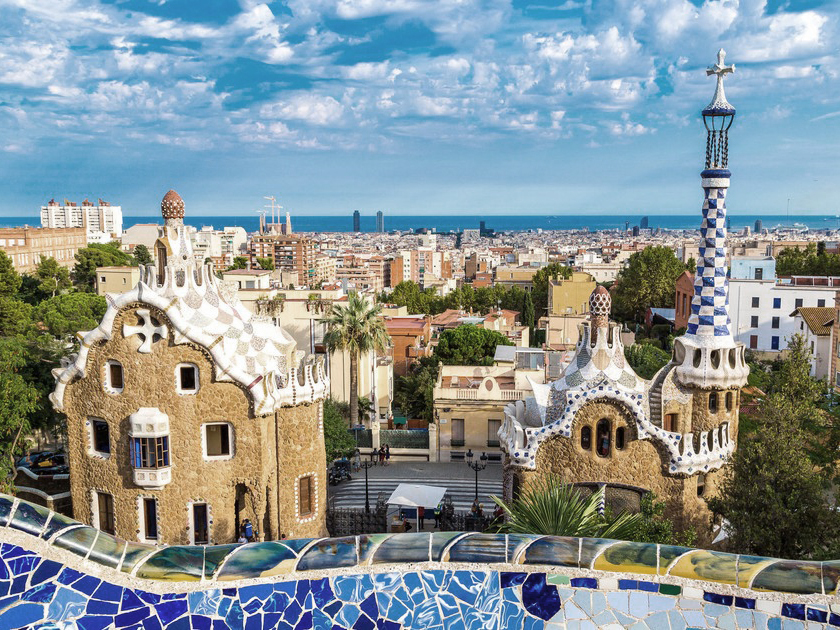 Inspiring other local architects in the same period

In this visit I was intrigued by how Gaudí’s work inspired other architects in the same period, for example the work of Salvador Valeri i Pupudull. Valeri exploded and exaggerated art nouveau decorations carved into stonework, creating forms and openings similar to Gaudí’s work. 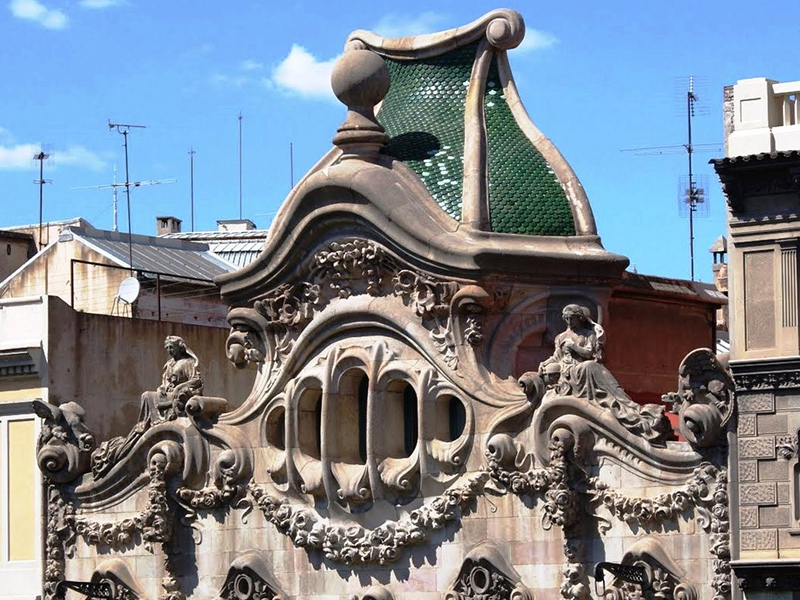 Gaudí’s work has continued to inspire the design of buildings in Barcelona, even in the 21st Century, for example the refurbishment of Santa Caterina Market by Miralles Tagliabue, notably the curvaceous form and colourful mosaic roof finish. 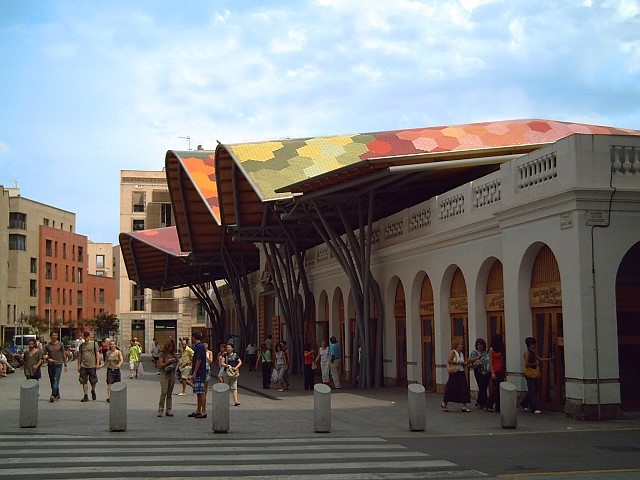 Inspired by the natural world in Catalonia

A visit to the Montserrat Mountains showed how Gaudí’s team were inspired by the natural landscapes in Catalonia, where the genius loci felt within Barcelona is felt in the mountains through the natural rock formations. Some people say that the Montserrat mountain formations inspired the design of Basílica de la Sagrada Família. The architecture of Santa Maria de Montserrat Abbey does not show any signs of inspiration from the landscape that it is set in. This may be intentional to help the building stand out from the curved rock formations around it. The Abbey was re-built and extended at various times throughout history and also has had many different architects working on it. Gaudí worked on the Abbey during the days he was an assistant to Villar i Carmona but I didn’t see evidence of Gaudí’s work on the Abbey later in his career. 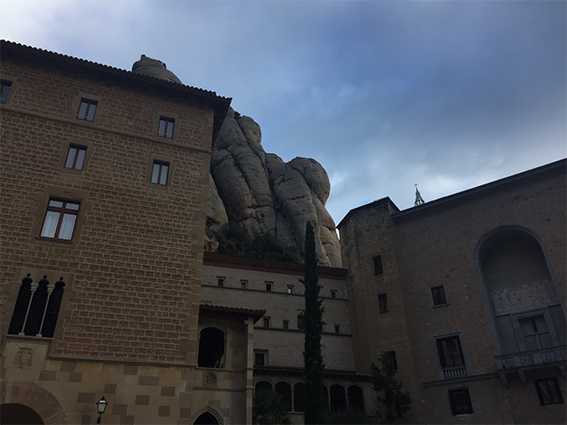 Gaudí’s work has formed the genius loci in Barcelona that is present in communities at different levels from the highways community with the street pavings and lamp posts, local art work of community groups, to current high street fashion circles. His work has created an identity for the city that draws millions of tourists every year, providing an immense economic benefit for the local people. Highlighting the power of architecture to inspire and give an identity to communities that can last for decades into centuries.